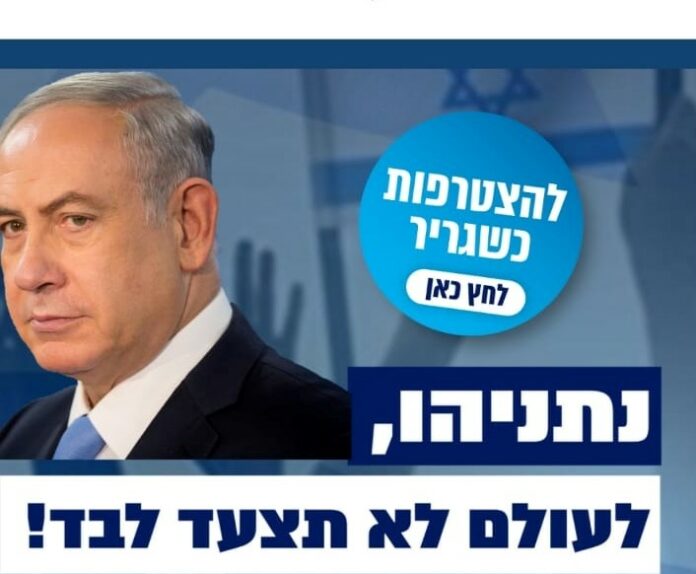 News reports about a pending plea deal for opposition leader Binyamin Netanyahu, which would essentially end his political career, have been met with dismay by ardent Bibi supporters.

According to reports, it is likely that the deal will include an admission of moral turpitude, banning the 72-year-old former prime minister from holding political positions for seven years.

Channel 14 News journalist Yinon Magal decided to take action and opened a crowdfunding site on Sunday morning to help assist Netanyahu with his legal fees in a bid to prevent him from signing a plea deal and ending his political career.

“Friends, it’s coming,” Magal wrote on Twitter. “The crowdfunding site to fund the Netanyahu trial. He doesn’t stand there alone. And this is the least we can do to express it.”

“We’re embarking on this crowdfunding due to the understanding that the Netanyahu trial is the result of an attempt to convict the leader of the right-wing camp at any price and distance him from the leadership of the State. The trial isn’t just Netanyahu’s and he doesn’t sit there alone – it’s a trial of the entire right-wing camp.”

The initiative was wildly successful beyond anyone’s expectations, raising well over 1 NIS million within a few short hours. As of Sunday at about 7 p.m., the sum, rapidly increasing every minute by hundreds and sometimes thousands of shekels, was almost NIS 2 million. Readers are invited to check out the current sum at: https://givechak.co.il/Bibi_Netanyahu?ref=r1

B’Chadrei Chareidim made a video of the site on Sunday morning as thousands of donors increased the sum to half a million shekels within an hour and a half:

Magal added that he did not consult with Netanyahu before launching the site. “I didn’t ask his opinion,” he wrote. “I just assume that even for a wealthy person, an expense that can reach tens of millions is a very heavy burden. And for someone who thinks he is struggling there, also for me, it’s the least I can do.”

Donors not only were generous in opening their pockets but some did so with a sense of humor as well, signing their names on the site as “Naftali Bennett,” Ayelet Shaked,” “Gideon Sa’ar,” and “Avichai Mandelblit.”