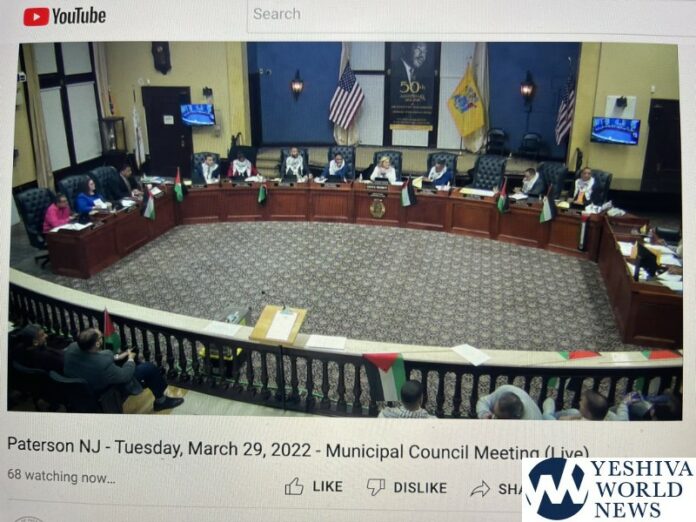 Just hours after an Arab terrorist carried out the third terror attack in Israel in barely a week, the municipal council of Paterson, NJ, voted to rename a portion of Main Street in Paterson to Palestine Way.

At the meeting, all of the councilmembers donned kefiyyas and proudly displayed the Palestinian flag as they threw their full-throated support to Palestinians in Israel – four of whom just killed 11 innocent people.

Paterson is sometimes referred to as “Little Palestine,” as it has the largest community of Palestinians in the U.S. and the largest proportion of Muslim residents in the country.