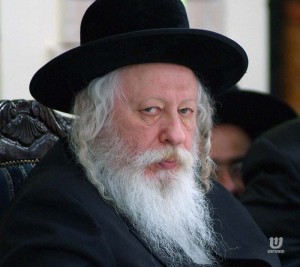 MK (Yahadut Hatorah) Rav Yisrael Eichler details the purpose of the admorim of the Moetzas Gedolei Yisrael deciding to travel to the United States. Eichler explains the rabbonim hope to enlist widespread public support towards applying pressure on the Government of Israel. They hope that the pressure will compel a change in policy, namely backing down from plans to draft bnei yeshivos.

Eichler explains the rabbonim will cry out and their voices will be heard, to halt the planned draft into the military of bnei yeshivos. He feels the “secular government has declared war on the chareidi tzibur” citing the administration’s policy of blocking chareidi housing projects. He cites other recent decisions such as introducing new prerequisites for certain jobs, such as an academic degree, which he feels is a backdoor way of keeping out chareidim. Eichler rejects tenacious government efforts to influence chareidi education and the ongoing effort to strip chareidi youths of their way of life by compelling them to serve in the military.

“Bibi doesn’t care what they say about him in Israel for he lives by the American media and his friends and supporters in the US. The Orthodox community in American supports him, and when they begin pressuring him, perhaps he will understand. If the government continues with its gezeiros, international human rights organizations will demand an investigation over the discriminatory policies and question how in a prospering nation over 800,000 children are living in poverty” he concluded.