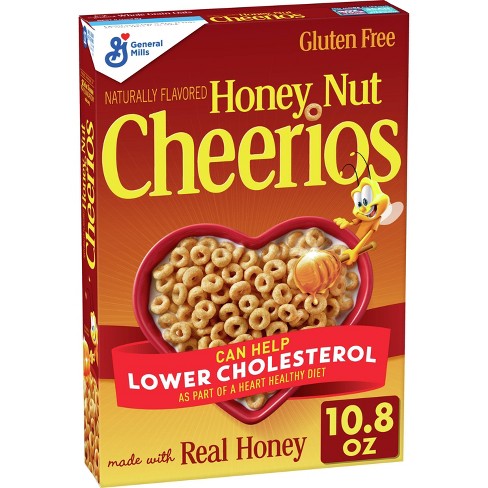 Most people know to avoid Chometz sh’avar alav haPesach – Chometz that was owned by a Jew over Pesach (henceforth – C-Shaap).  How do they do this?  They find out which stores are considered to be Jewish-owned and determine whether the owner sold the Chometz that belonged to them.  The issue is not just about the store owner, however.  If the store purchased it Chometz from a Jewish wholesaler, then that too can present a problem.

WHEN THERE IS A DOUBT

If we are not sure whether or not something truly is C-Shaap – this is termed Safaik C-Shaap.  The Mishna Brura (449:5) rules that when there is a doubt one may eat Safaik C-Shaap in a case of need.  It is, however, a debate among the Poskim.

One of the biggest wholesalers of grocery items is called C&S – a company started nearly 100 years ago by Israel Cohen and Abraham Seigel.  Today, according to Forbes, it is the 12th largest privately held company in the United States. C&S Wholesale Grocers is the lead supply chain company in the food industry today – and the largest wholesale grocery supply company in the U.S. According to their website, they supply independent supermarkets, chain stores and institutions with over 150,000 different products – from more than 50 high-tech facilities, delivering everything from seafood to soup to soap. They state:  “In fact, if it belongs on a supermarket shelf, it’s probably moving through a C&S warehouse right now.”

The big question is, do they sell their Chometz?

The answer is that they do sell their Chometz, and this year the sale was handled by Rabbi Teitz.

But there is yet another question:  C & S unquestionably still does business over Pesach with Chometz. Is there any inyan to be stringent based on the idea that selling their doing business on Pesach with Chometz may invalidate the selling of the Chometz that the Rabbi performed prior to Pesach?

Most Poskim hold that it does not invalidate the sale and that which the company is buying and selling over Chometz is produce that actually belongs to a goy.  The issue, however, is a debate among the Poskim.

The Maharam Shick (OC #205) rules that the fact that the irreligious store owner is still conducting business demonstrates that the sale is, in fact, a sham sale.  This is also the view of the Minchas Shai, the Divrei Malkiel (4:24) and the Sdei Chemed (Chometz 9:35).

Rav Moshe Feinstein zt”l (IM OC I #149) and the Divrei Chaim (II #46) both permit it, however.  Indeed, Rav Moshe Feinstein writes that there is no concern whatsoever and no need to be stringent since the essence is that the Rabbi had sold it.  The Chelkas Yaakov (III #31) seems to be lenient as well.

The following information comes from AKO

In general, it is difficult to make definitive statements about the acceptability of purchasing chametz from specific stores after Pesach because of practical and halachic ambiguities.

Finally, some Jewish companies participate in a mechiras chametz, but there are divergent opinions among Poskim about the validity of a sale of a company that is operating on Peach. Furthermore, the sale will not be effective for chametz acquired on Peach because one cannot sell a davar she’lo ba l’olam. To address these concerns, some

Poskim recommend selling the entire company rather than the chametz, but this too is a matter of dispute if this is acceptable.

Our goal is not to recommend buying or not buying chametz from any particular establishment. Rather, each kashrus organization or Rav must formulate their own set of standards and guidelines for the purchase of chametz. Once that is done, this memo will provide information that will be helpful in determining which stores fall into the categories of acceptable or not acceptable sources for the purchase of chametz after Pesach.

Below are six general categories of establishments with lists of stores that fall into each specific category.

Either publicly traded companies (which are assumed to have non-Jewish ownership), or privately owned by non-Jews

Chometz may be purchased at these stores after Pesach

Stores are individually owned, and it is necessary to research each store’s ownership

Some stores may be Jewish owned, but the supplier for all these stores is not Jewish.

Traditional mechiras chametz executed, but store is open on Pesach

The majority of the company is owned by non-Jews. Zecher Yitzchok (#8) and Chemed Moshe (quoted by Mishna Berurah, Sha’ar HaTziun 448:4) hold that chametz She’avar alav HaPesach is batel b’rov if there is a majority of non-Jewish ownership, though Sha’ar HaTziun and others question this position.

The Jewish partners sell their shares in the business (not only the chametz), and the business operates on Pesach

Acme (see below), Jewel-Osco Pavilions Randall’s Safeway (see below) Shaw’s Star Markets Tom Thumb Vons Kosher aisles of Acme in PA, NJ and New England and the kosher aisles of all Safeway stores are stocked by a kosher certified supplier who sells the chametz and is closed for Pesach.

Wakefern (which supplies all Shoprite stores)

Wakefern Food Corporation is a cooperative which is owned by the Shoprite store owners, some of whom are Jewish. A Rabbi arranges transfer of Jewish ownership to non-Jewish partners.

Online merchants, such as Amazon, Sam’s Club and Walmart, are not Jewish-owned, but often serve as distributors for other businesses, some of whom are Jewish owned. The name of the supplier is generally posted on the website and consumers should make a reasonable effort to determine if the supplier is Jewish before purchasing chametzafter Pesach.