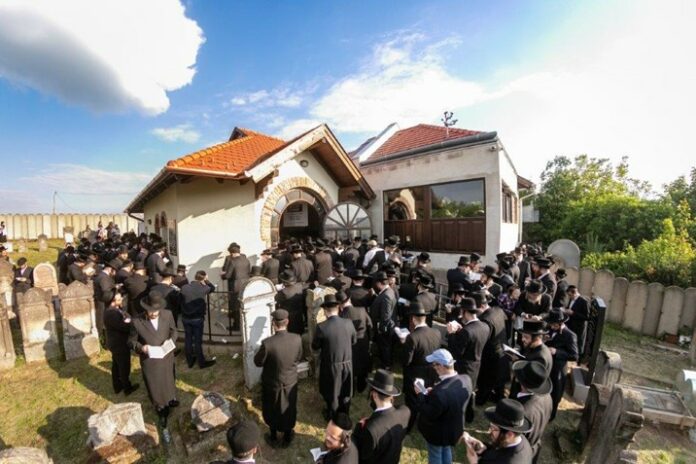 Jews began flocking to the kever of Reb Shayele in Krestiner, Hungary on the yahrtzeit seven years ago but this year’s yahrtzeit on Tuesday night and Wednesday, gimmel Iyar, is expected to break all records, with thousands already arriving in Hungary in the past week.

Most Jews couldn’t travel to Hungary in the past two years due to COVID, and some say that this year, over 20,000 Jews are traveling to Hungary on dozens of charter flights from Israel, the US, and Europe.

Travel agents told B’Chadrei Chareidim that there has never been such a high demand for tickets. The fact that no one can visit Ukraine at this point is also a factor in the large number of Jews traveling this year.

According to the report, there are wealthy individuals who are traveling to the kever in helicopters and at this point, there are no available helicopters in Hungary anymore. Car rental agents in Budapest are also reporting that rental cars are no longer available and the same even applies to nearby Vienna.

On Monday morning, hundreds of Jewish tourists were already frequenting shuls and kosher restaurants in Budapest and other cities.

Reb Yeshayahu ben Reb Moshe, z’tl, [1851- 1925] was a Rebbe in Krestir and was renowned for his incredible hachnasas orchim, providing food and other essentials for thousands of Jews, even during the scarce years of World War I. He became known as a miracle worker and tens of thousands of Jews flocked to him from all over Hungary and beyond. He had a place in his heart for every Jew and treated them all equally, with great kindness. Hundreds of Jewish workers who found work in the surrounding vineyards would join Reb Shayele for Shabbos, and he would feed them generous seudos. It happened more once that there were so many guests for Shabbos that the food would run out by Shalosh Seudos and all that was left was black bread.

Almost a century later, baalei chessed continue the tradition and no Jew who comes to visit the kever remains hungry. 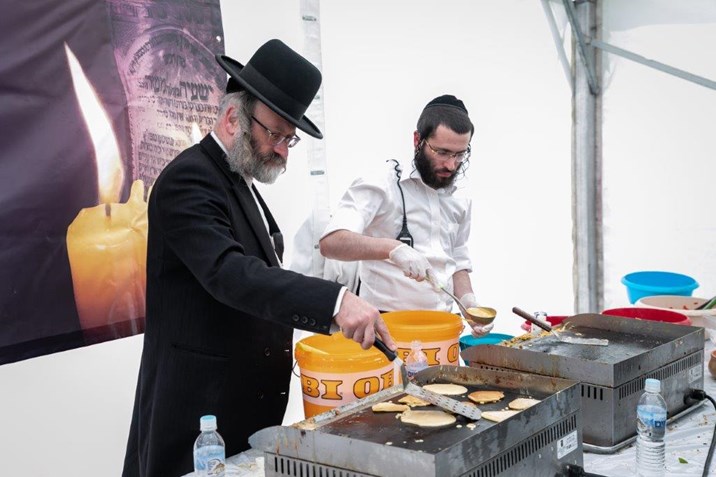