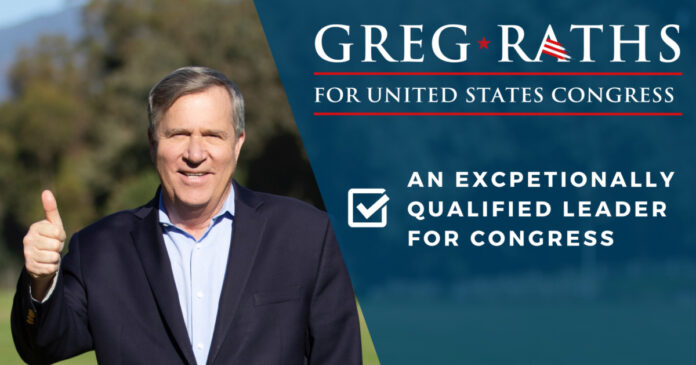 If antisemitic Reps. Rashida Tlaib and Ilhan Omar are looking for a foreign policy ally, they might soon have a Republican as one. His name is Greg Raths, a candidate running to beat Rep. Young Kim in the GOP primary for California’s 40th District.

Last week, Raths went on an antisemitic rant as he spoke at an Orange County Islamic Foundation candidate forum.

“That’s the problem. Israeli PAC in Washington, they got money and they control a lot of these politicians. And the other side, the Palestinians, they don’t have the clout. So these politicians go where the money is, unfortunately,” Raths said. “The Jewish community is very well organized in the United States, and they control a lot of politicians. That’s why the foreign aid is so large going to Israel. … The Jewish community has never given me one dime, so I’m not beholden to them at all.”

The Orange County Islamic Foundation’s leader, Sheikh Tarik Ata, has called Israel a “Nazi-like, apartheid, racist, aggressive, tyrannical, vicious, child-killing Zionist entity.” The fact that Raths even agreed to speak there spoke volumes about his stance toward the Jewish State.

Raths comments were curiously similar to those made by Ilhan Omar in 2019 when she said that U.S. support for Israel is “all about the Benjamins, baby.” Also curious is Raths website, which claims – contrary to his comments – that he would “support Israel” if elected.

Somehow that doesn’t seem to be true.