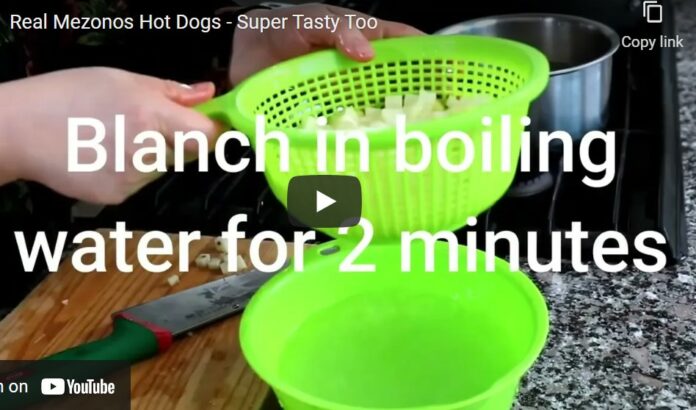 They are the rage of New York City and are slowly entering the Orthodox Jewish community.  They are Korean Corndogs and, the nevailah version can be found at virtually every street-corner in Manhattan.

,It is only a matter of time until a kosher restaurant will start offering them and, this author predicts that the new food item will just take over.

The food is a full meal, with a hotdog, a doughy outside, french fries, bread crumbs, and ketchup and mustard.  Since it is fried – it is a Mezonos for those that are bench-phobia.

Tosfos “Lechem” in Brachos 37b brings the view of Rabbeinu Tam (as explained by the Chazon Ish) that frying a bread-like item is considered as if that is its own form of baking and it would require HaMotzi.  The Mishna Berura (168:82), however, explains that Rabbeinu Tam held that it becomes a Hamotzi at the point othat it became dough.

The Rash’s view (See Challah 1:5) is that even if the fried dough has the appearance of bread it remains Mezonos. Hamotzi ionly comes through baking.

The Shulchan Aruch (OC 168:13) cites both opinions.  The Ramah, however, rules like teh Rash and states that only a Mezonos is recited.

Below, we find a recipe as to how to make it.