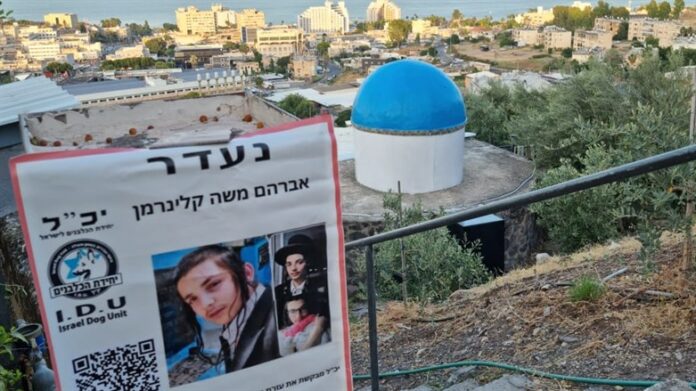 The dramatic development in the case of missing teen Moishe Kleinerman reported on Tuesday began with a phone call on Monday, Kikar H’Shabbat reported, adding that further details of the phone call cannot be published due to the gag order issued on the case.

In the wake of the development, the police resumed the search for Moishe on Tuesday in a specific area near Meron and the search continued on Wednesday, with dozens of police officers assisted by dogs and other means.

Channel 14 News published a video of the suspect, reporting that the man is a Jew in his 30s.

A police source told Kikar on Wednesday morning: “We haven’t yet cracked the question of ‘Where’s Moishe?’ The arrest and development in the investigation still haven’t led to finding him but we hope to find him within days.”

Moishe has now been missing for 95 days.