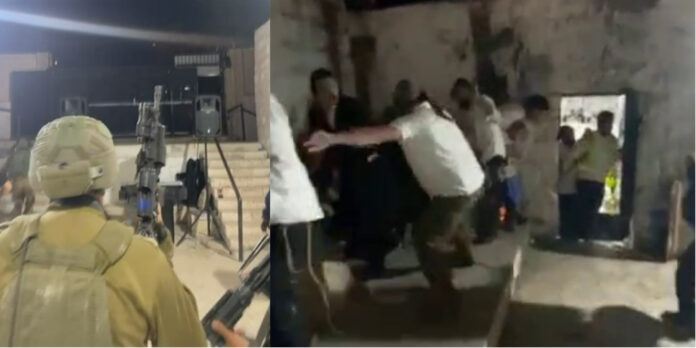 A group of Arab terrorists opened fire at hundreds of Jews davening overnight Wednesday at Kever Yosef in Shechem.

Despite his injuries, the commander, IDF Shomron Regional Brigade commander Col Roi Zweig, acted with heroism and refused to be evacuated to the hospital for treatment until he ensured that all mispallelim had been evacuated from the area.

“He’s a true hero and I salute him on behalf of all of Am Yisrael,” said Shomron Regional Council head Yossi Dagan.

The IDF evacuated all Israelis from the area on the buses they arrived in.