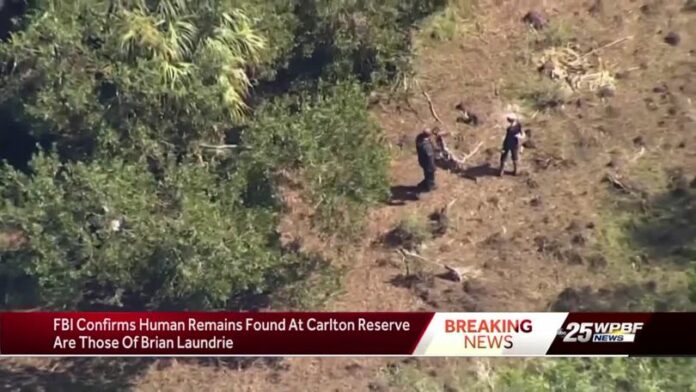 Rav Henoch Leibowitz zatzal used to say that one should always try to look at events past and events present through a Torah lens.  He also referred to current events in the news.  This article contains two thoughts pertaining to a tragic incident that has recently come up in the news once again.

In 2021, the fate of Gabby Petito gripped the nation.  Her body was found and was eventually positively identified.  But what about her murderer, Brian Laundrie?  Where did he go?  Eventually, his partial remains were found in Florida’s Carleton Reserve, but also not yet positively identified

At the time Laundrie’s remains were found, authorities had also found something else. They had found his suicide note.  It was a note that was kept hidden and only recently released.

Why the delay?  It would seem that the authorities released its delay because it contained the preposterous and delusional claim that Laundrie had killed her as a “mercy killing” because she was in such dire pain. We can assume that the authorities had felt the pain was so raw, that it was not an appropriate time to release its existence.

If this is the case, then why release it at all?  Or why did they release it without an accompanying caveat  that did not let Laundrie get in the last word?  We can assume that they were perhaps concerned about legal issues and or lawsuits.

The Torah tells us something that is not found in any other Mitzvah.  Midvar sheker tirchak – stay away from a false matter, not only forbids lying – but it tells us an additional warning – to distance ourselves from lies and falsehood.

We can be inspired to this through an incident involving Rav Avrohom Pam zt”l.  He once entered a taxicab along with a talmid, and gave the address to the driver.  The driver then proceeded to begin the drive.  Rav Pam, however, noticed that the driver had not yet turned on the meter.  Rav Pam gently reminded him to turn on the meter.

Rav Pam did not understand the response.  The driver elaborated, “the money will come to me. But do not worry, I will charge you significantly less than the meter rate would have charged.”

Rav Pam was very concerned that he might be involved in an act of deception.

Realizing that the driver was either planning on stealing from either the Taxi and Limousine Commission or the owner of the taxi medallion that rented by the job and not by teh day,  Rav Pam took an assertive, yet gentle tone with the driver.    He told the driver that the meter must be turned on, but that the driver will receive a significant tip that was beyond the fair that he had quoted him.

Rav Pam was a tzaddik who was careful regarding every word and every action.  He so much wished to avoid this act of deception, that he was willing to pay double the price just to avoid this.  True, he could have availed himself of other options – but he did not and instead stood up for the cause of emes.

[For those interested, this author writes a weekly parsha sheet promoting the middah of Emes – for a free subscription, please emai [email protected]].

The second thought involves unidentified remains.  We constantly see headlines such as “Body Found Near____ Is It______.” In this case, we even saw two such headlines.  This happens to be the domain of a highly specialized field called, “forensic anthropology” that the legal courts and insurance companies employ all the time.   There were bloggers who suggested the remains were actually that of Laundrie’s alleged “twin brother” who was heretofore unmentioned.  The headlines and the case brings back memories of being in Yeshiva and studying the Sefer Shev Shmaitsah into the wee hours of a Thursday night Mishmar. In short, it would seem that the topic is actually a debate between the Mabit and the Shev Shmaitsah.

Rav Moshe ben Yoseph de Trani (1500-1580) better known as the Mabit in his responsa (Siman 138) has an innovative thought pertaining to permitting an Agunah to remarry.  He writes that if one someone was travelling through an area, and everyone had lost track of him and did not hear from him, and subsequently, human remains were found in that area – we may assume that the remains are that of the missing person.

The responsa Shev Yaakov (Volume II siman 11) cites a proof to the Mabit’s innovative thought from Psachim 10a regarding the case of a field that had within it a grave, but the grave was lost.  If a grave was found later on, we may assume that it is the initial lost grave.

The Shev Shmaitsah (VII 17,18) disagrees with the proof and states that the two cases are inherently different.  In the case of the lost and found grave, we are dealing with a case where that which was lost and that which was found are both the same item.  But here we are dealing with something different.  What was lost was a living human being – what was found were human remains – two entirely different subjects!

We thus have no source for the concept that we can assume that the human remains that were found were those of the missing live human being!

The Shev Shmaitsah even cites a proof to his view from that very same Gemorah in Psachim 10b.  There it states that if a loaf of Chometz was lost and afterward a loaf was found we can assume that it is the very same one. If, however, only crumbs were found subsequently – then we may not assume it is the remains of the original leftover loaf, unless the loaf was originally in the mouth of a child – where we can halachically assume that it was considered already crumbled.

The Shev Shmaitsah finds additional proof from a responsum of the Noda BiYehudah (EH #46), regarding someone who was seen bound on a gallows.  Even though we do not take testimony after three days since his death (Yevamos 120a) [out of concern that his face and features changed], nonetheless, we consider the two the same – the person who was bound on the gallows and the dead person before us.  The source for this from the Gemorah about a grave that was lost in a field and subsequently a grave was found.  Even though the person bound to the gallows was last seen alive and this body is dead, since the majority of those bound to the gallows die – it is comparable to a lost grave.

The Nodah Biyehudah has an additional rationale reason to connect the deceased remains to the one bound by the gallows – the principle of kan nimtzah kan haya – here he is found, here he was.  This works through the idea of chazakah d’hashta – a prima facie assumption that this is the way it is found, this is the way we must assume it was.

These are the two ways that we can view contemporary news from a Torah point of view.