Former President Donald Trump is being investigated by the FBI for potential violations of the Espionage Act and possible obstruction of justice, according to the search warrant used by FBI agents to search Trump’s Mar-a-Lago estate on Monday.

The warrant also shows that Trump is being probed for removal or destruction of records. Conviction of any of the aforementioned crimes is subject to imprisonment and/or fines.

A receipt accompanying the warrant also shows that the FBI agents took 11 boxes of documents from Mar-a-Lago, including documents marked “TS/SCI” – the highest level of classification. Earlier reports stated that the FBI had taken documents relating to U.S. nuclear secrets.

The Wall Street Journal reported that FBI agents had removed about 20 boxes from Mar-a-Lago, including binders, classified materials, photographs and at least one handwritten note. Agents took one set of TS/SCI documents, three sets of “secret” documents, and three sets of “confidential” documents, according to the report.

In a post to Truth Social responding to news reports detailing the contents of the search warrant, Trump wrote: “Number one, it was all declassified. Number two, they didn’t have to “seize” anything. They could have had it anytime they wanted without playing politics and breaking into Mar-a-Lago. It was in secured storage, with an additional lock put on as per their request.”

“They could have had it anytime they wanted – and that includes LONG ago,” he continued. “ALL THEY HAD TO DO WAS ASK. The bigger problem is, what are they going to do with the 33 million pages of documents, many of which are classified, that President Obama took to Chicago?” 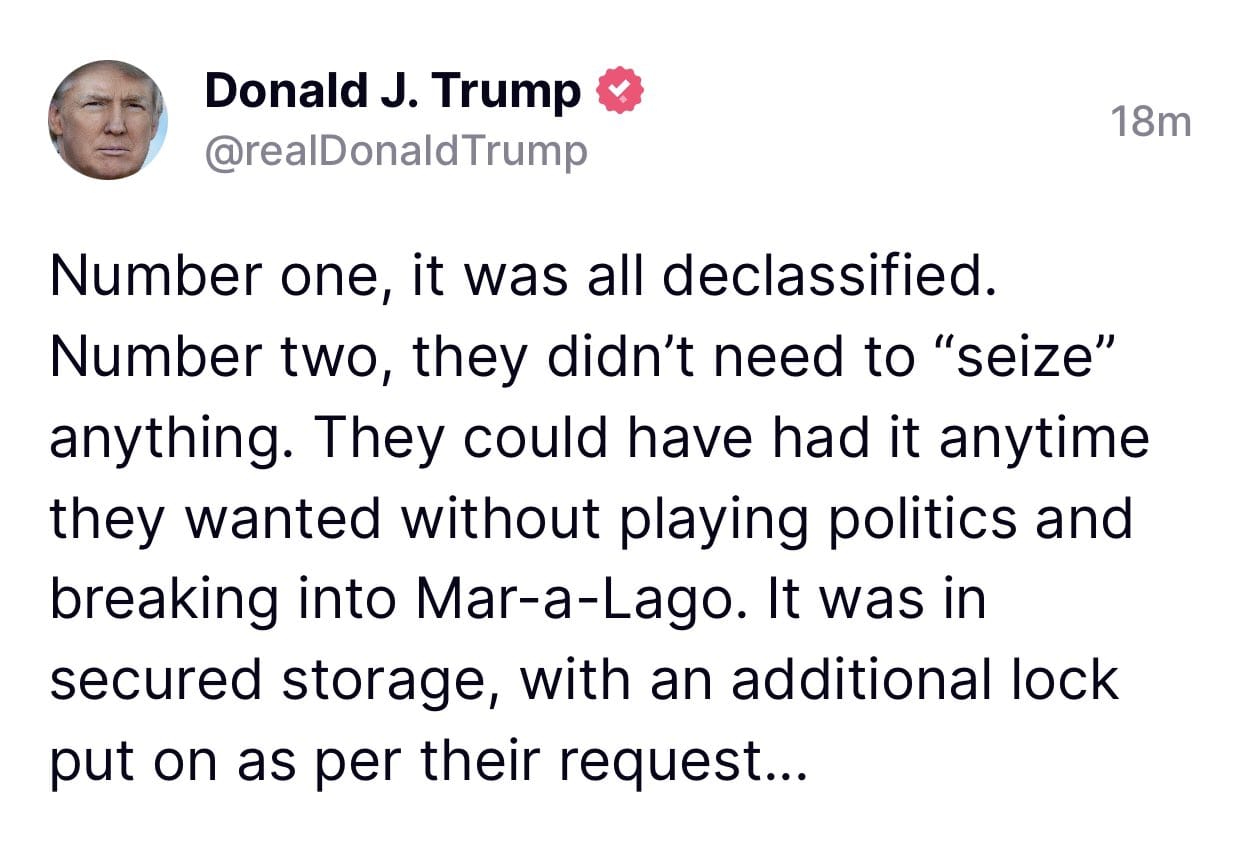 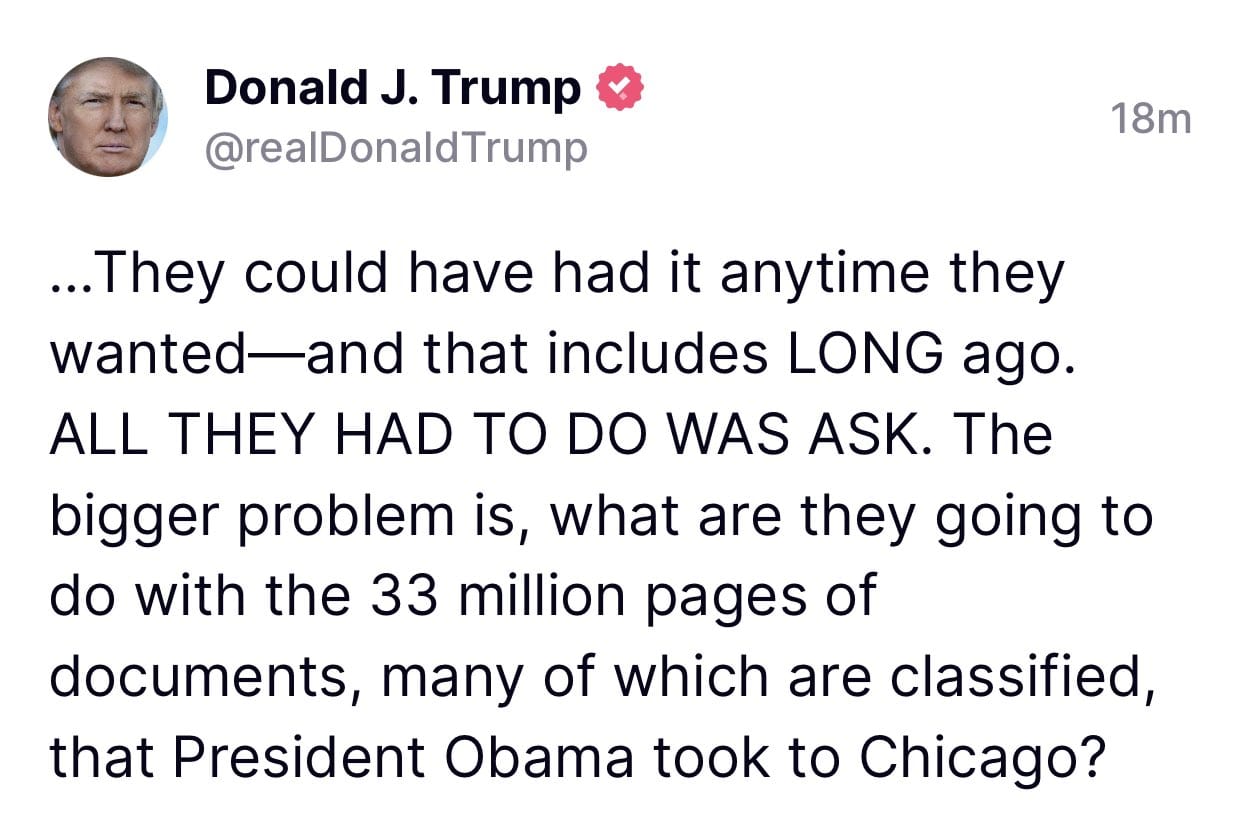 The National Archives put out a statement Friday saying that all documents taken to Chicago by former President Obama were taken with their supervision and that he is following all protocols and procedures. 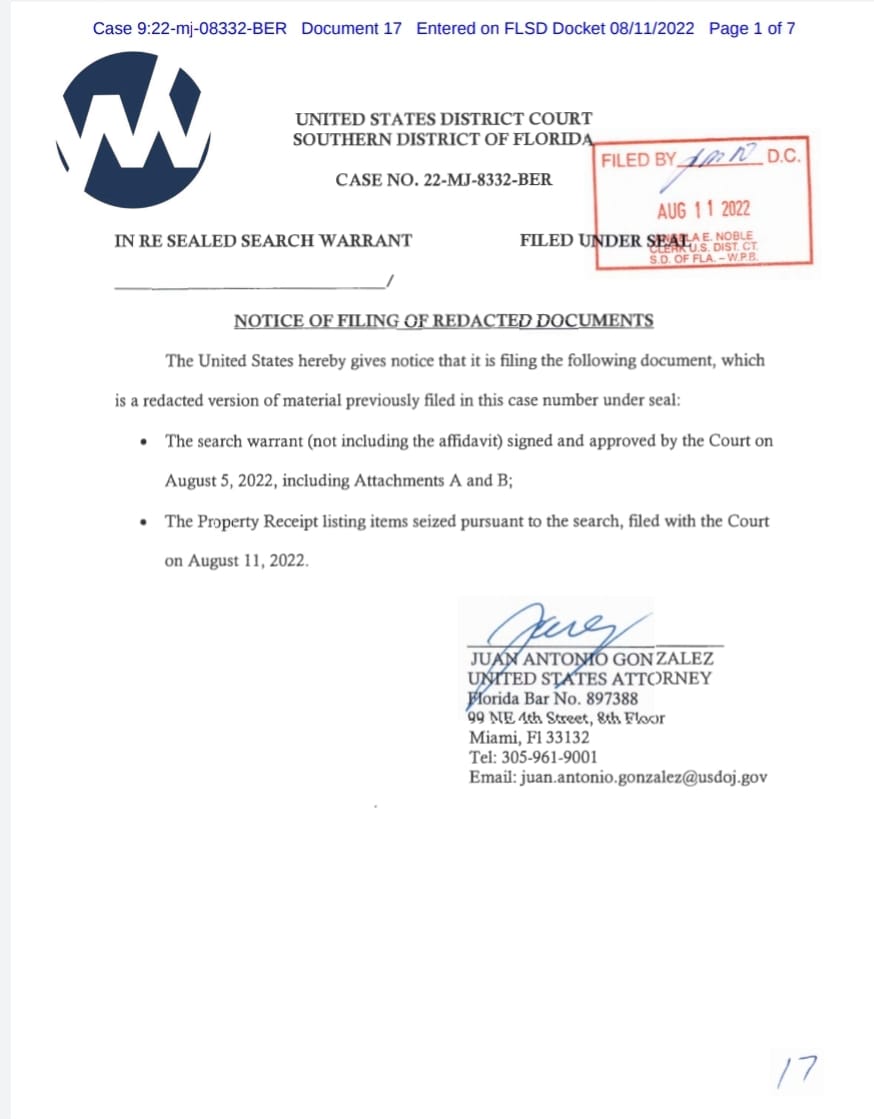 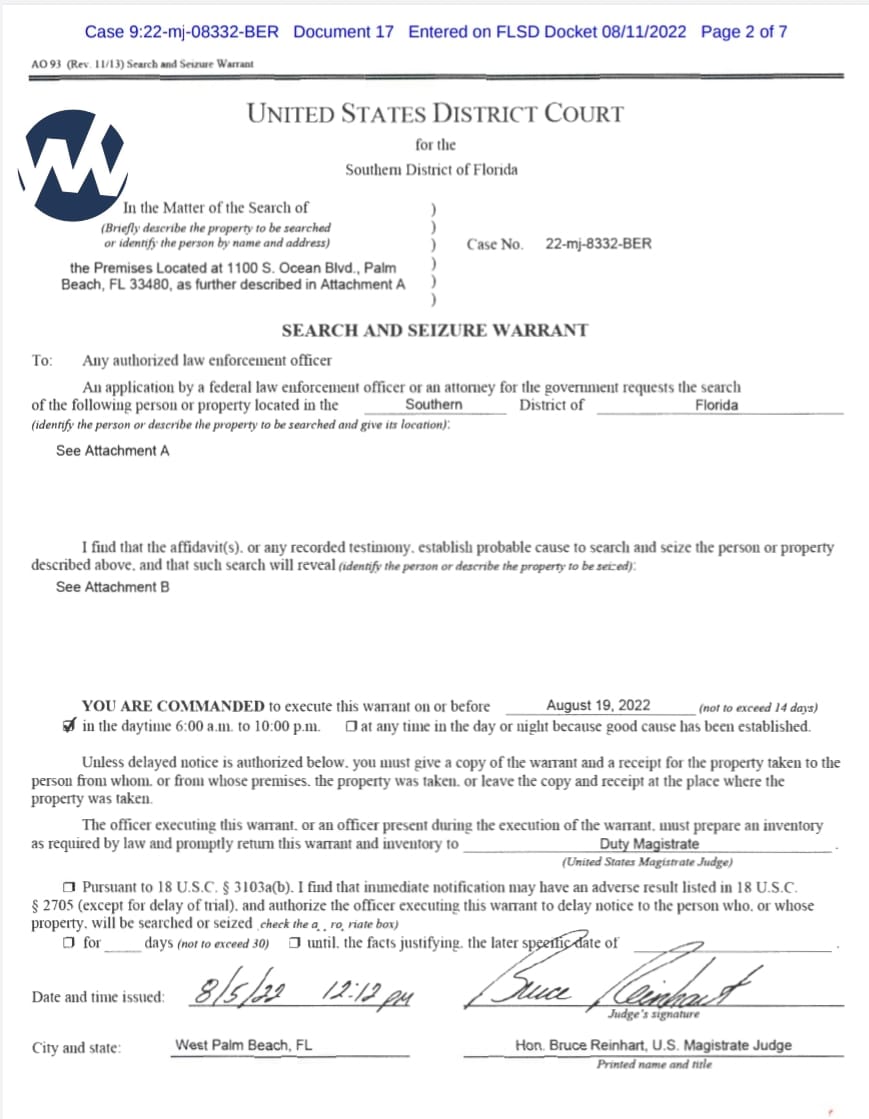 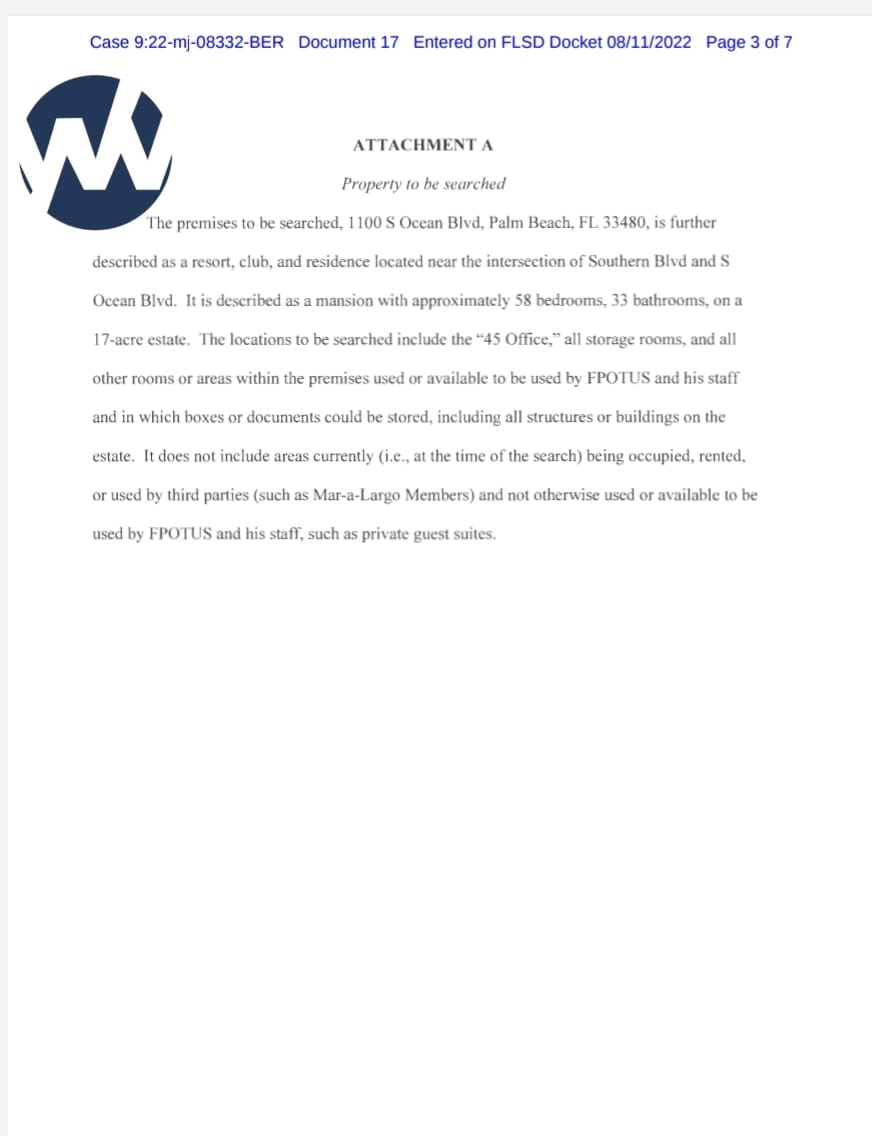 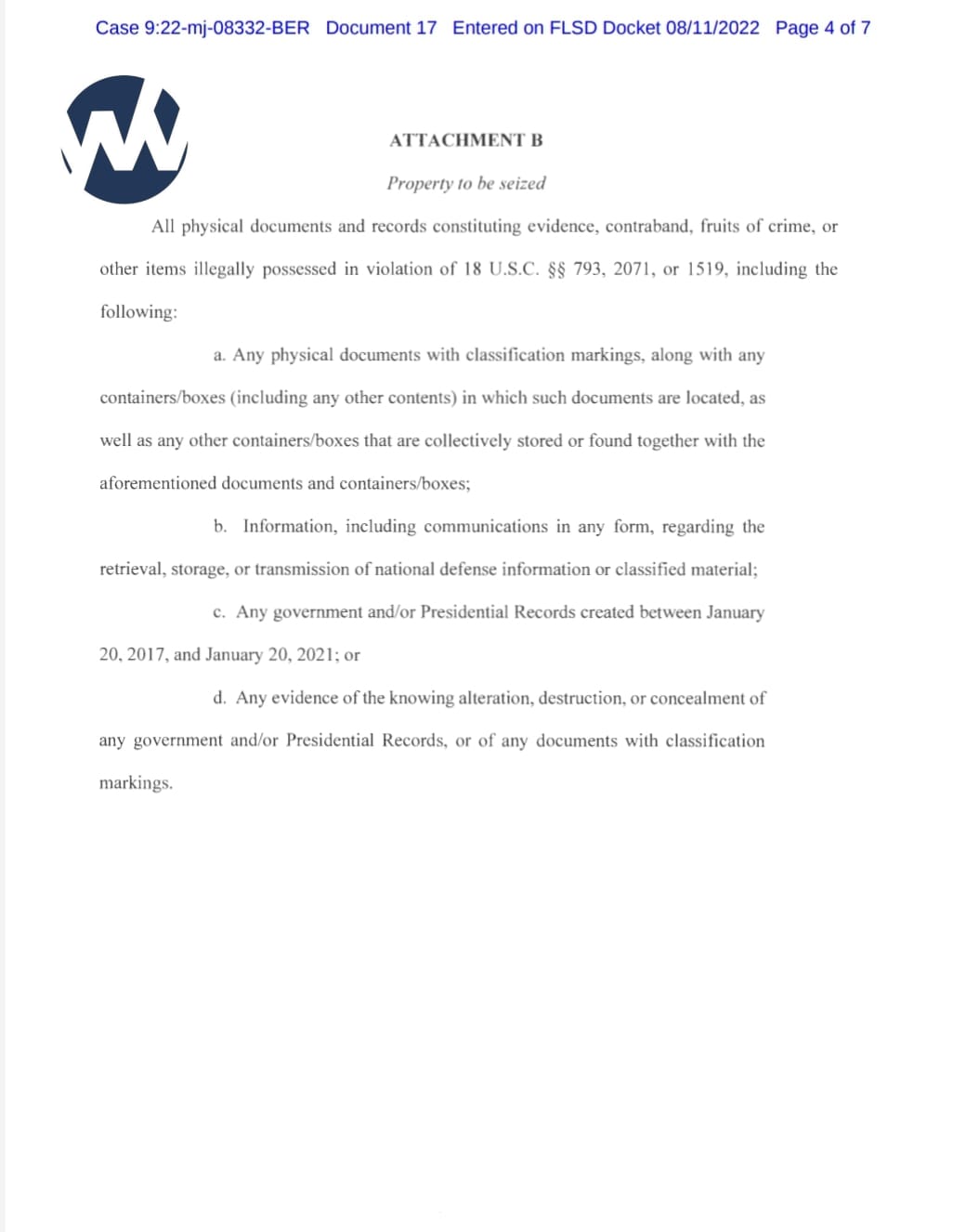 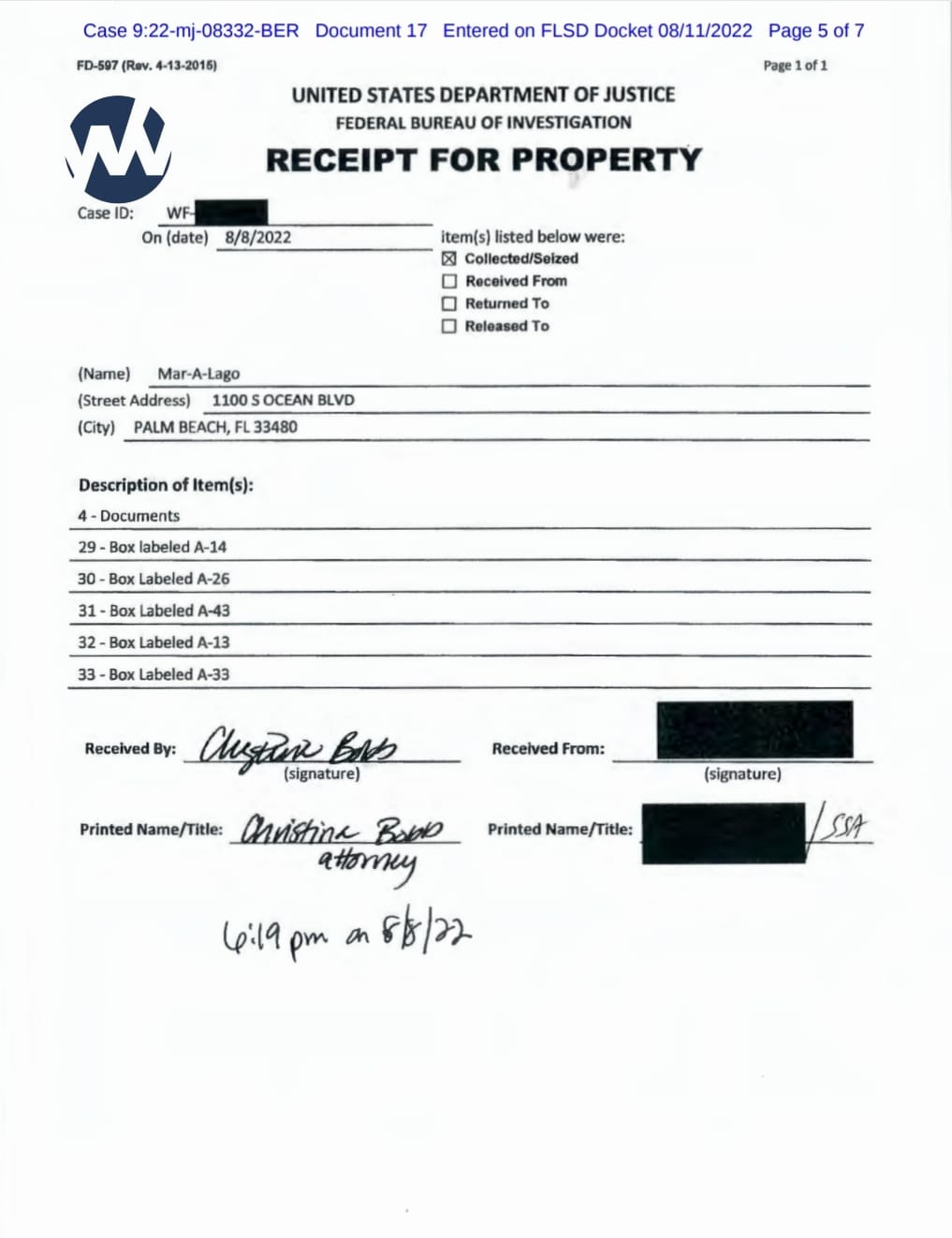 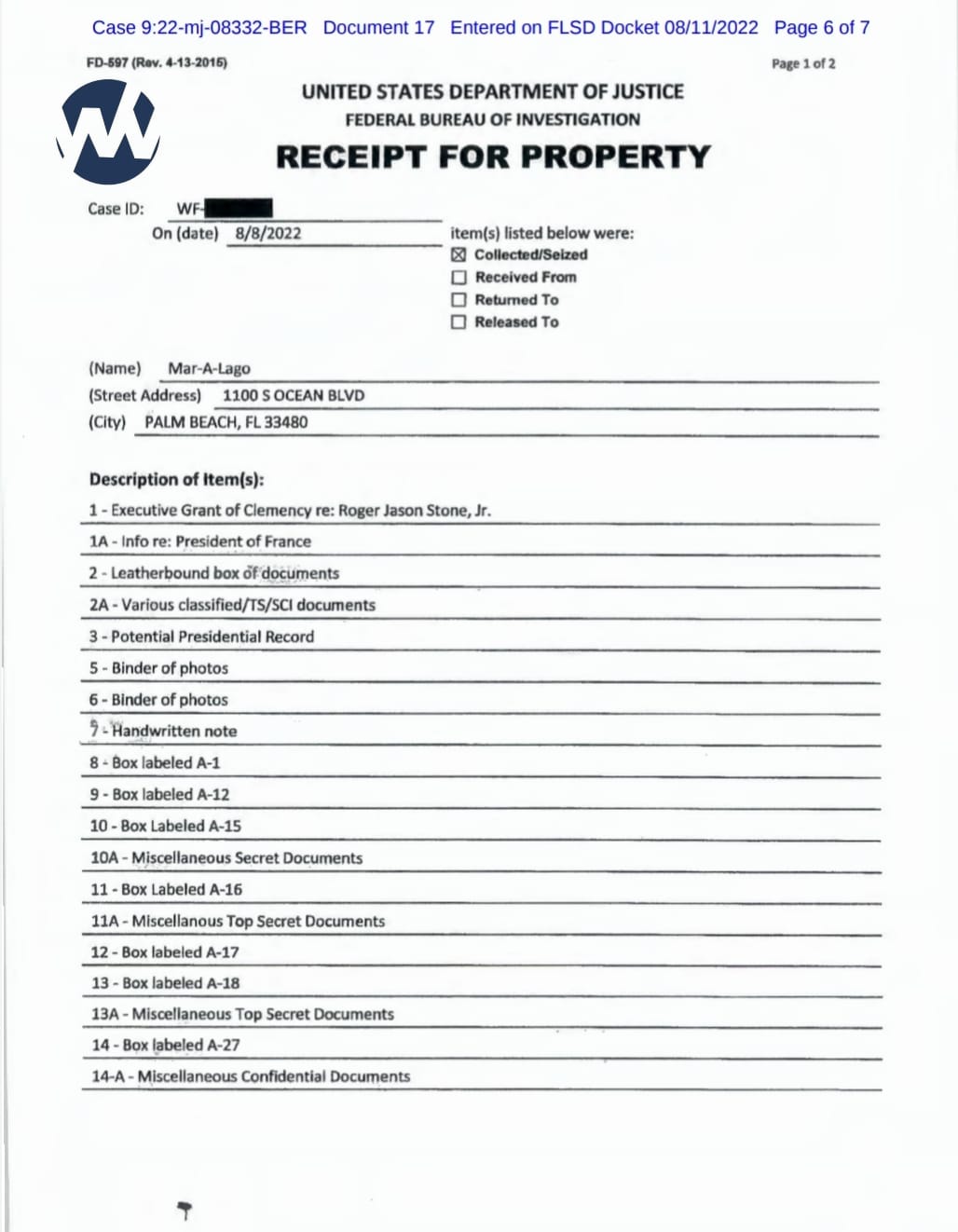 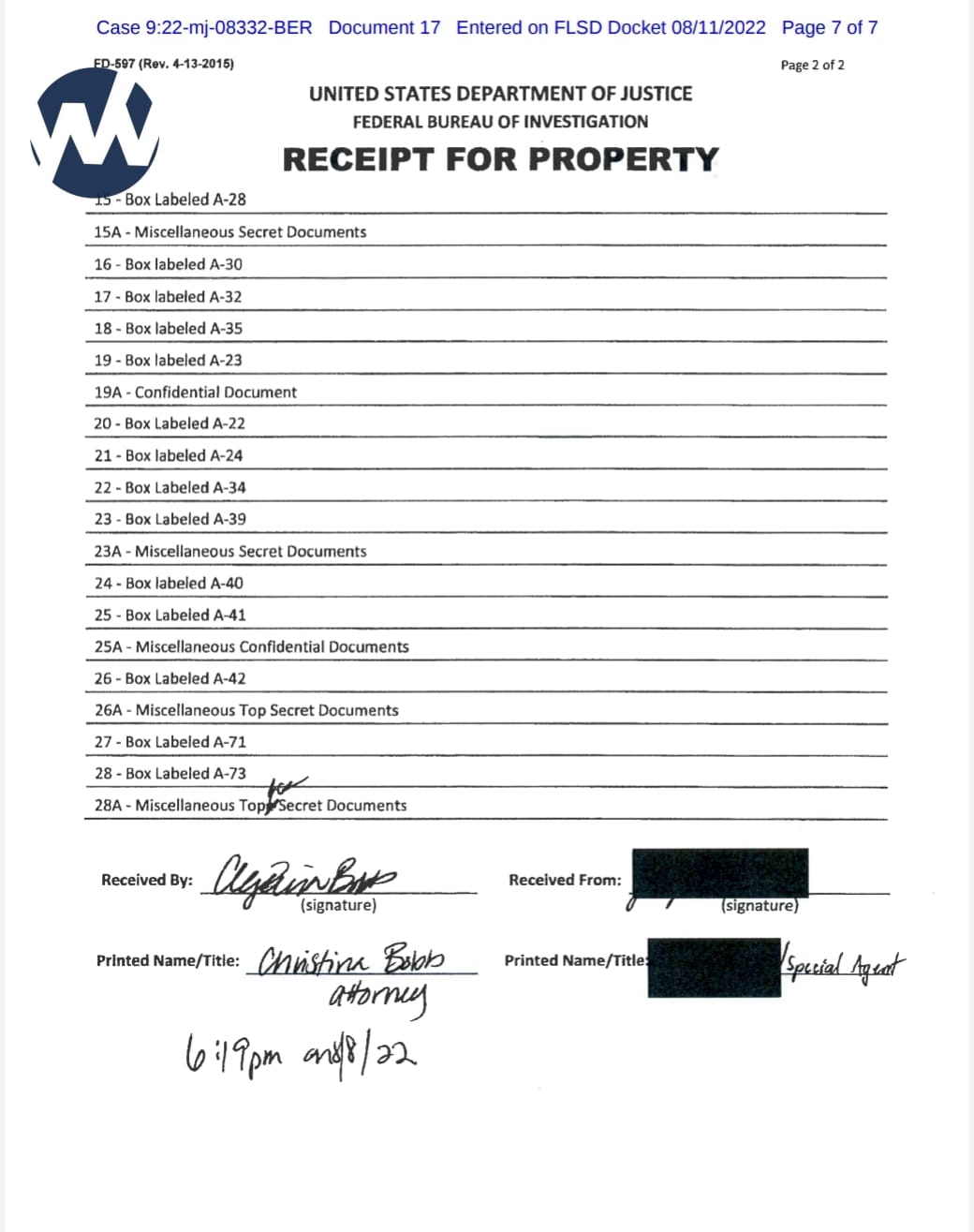