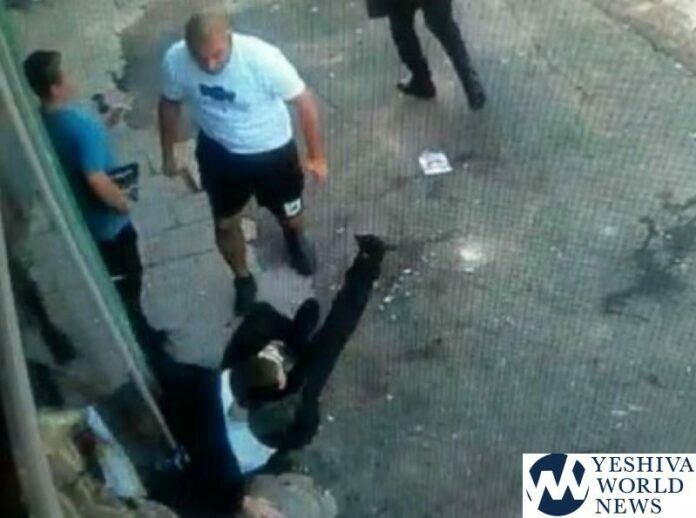 Israel Police on Tuesday morning arrested a suspect in the unprovoked attack of a yeshivah bochur on a Tel Aviv street on Friday.

The suspect, a 26-year-old resident of Pardes Chana, was transferred for questioning.

Levi Blau, the bochur who was knocked down, said: “We went to lay tefillin on our regular route like we do every Friday. The man appeared suddenly, threw me to the floor, shouted something unclear, and disappeared. We were in complete shock. After a minute we recovered and started running after him but he had already disappeared.”

Following the dissemination of the video on Monday, UTJ MK Yitzchak Goldknopf sent an urgent letter to the Tel Aviv district police commander requesting that he take a personal interest case in the case and work quickly to locate the culprit and bring him to justice.

In the letter, Goldknopf claimed that the attack was the result of incitement against the Chareidi public by irresponsible parties.