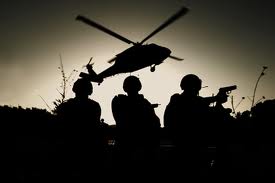 Bayit Yehudi party Chairwoman MK Ayelet Shaked announced on Thursday morning 29 Shevat 5774 “Religious Zionism should be harnessed to recruit women because it does not make sense that the [security] burden fall exclusively on inductees to the IDF and the secular community.”

According to date released by the Knesset Committee for the Advancement of Women, only 52% of women complete military service, with the remaining 48% avoiding it completely or only serving one year. Shaked feels “it does not make sense” and she feels religious females must ‘share the burden’ of military service by doing their fair share.

She is pleased that government funding towards sharing the burden will result in women serving 28 months instead of the current two years for she feels this represents a major step towards equality. She made her statements to a dati leumi audience. She promotes dati leumi females pulling their weight and undertaking a more serious portion of the defense of the nation.

It would appear that Shaked does not agree with calls from Rabbi Shmuel Eliyahu, who has come out strongly against females serving in the IDF in line with the long-standing psak of the Chief Rabbinate of Israel. Statistics however show a growing number of religious women are entering into military service, as was reported by YWN-ISRAEL.