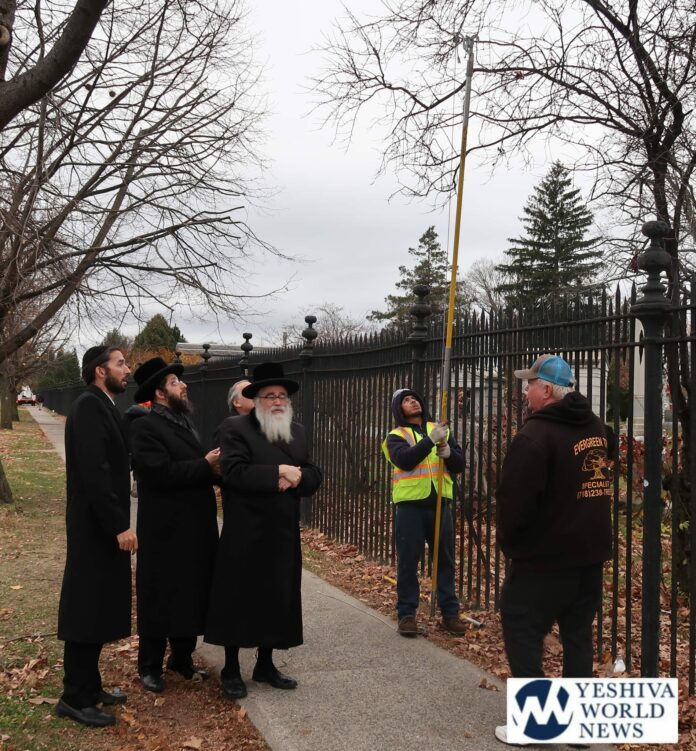 For many years, overhanging branches along streets bordering Washington Cemetery and Greenwood Cemetery on the outskirts of Boro Park and Midwood have prevented Kohanim from traveling along these roads. They were forced to use alternate routes because of the halachic issue of being exposed to the cemeteries’ tumah.

Thanks to the persistent advocacy of Assemblyman Simcha Eichenstein, and under the strict guidance of Rabbi Yitzchok Stein Shlita, Supervisor of Va’ad Mishmeres Kahuna and Rosh Bais Din of Foltichen, the trees were recently trimmed and Kohanim are now able to travel on the following street lanes along the cemeteries: