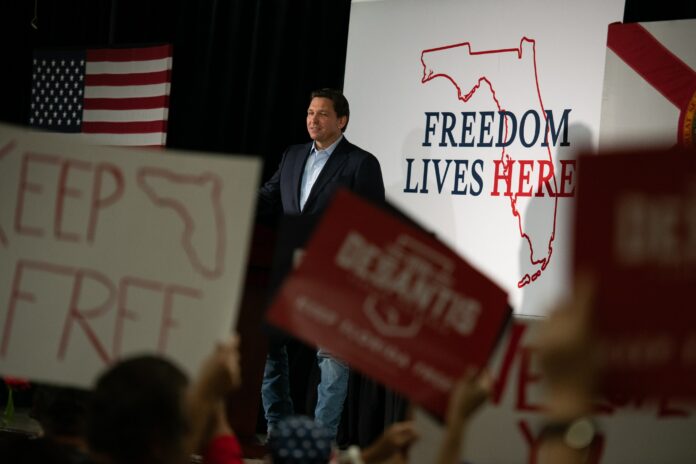 Speaking at the Republican Jewish Coalition’s leadership event in Las Vegas, Florida Gov. Ron DeSantis defended the rights of Jews to live in Israel and said he doesn’t consider Yehuda and Shomron to be “occupied,” but rather disputed territories.

“I don’t care what the State Department said, they are not occupied territory; it is disputed territory,” DeSantis said.

“If you look at our record on issues related to Israel and supporting the Jewish community, it is second to none,” DeSantis boasted of his first term as Florida governor, noting proudly that he received the highest percentage of Jewish votes of any Republican in Florida history in his recent reelection.

“When I first became governor, one of the first things we did was fight back against AIRBNB, which was discriminating against Israeli Jews, and we won that fight against AIRBNB.

“We signed legislation combatting antisemitism. We are not going to allow the universities in the State of Florida to become hotbeds of anti-Jewish sentiment like they have all across this country.”