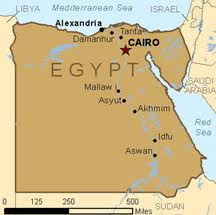 In regard to the approaching Mitzvah of Sippur Yetzias Mitzrayim, a young student from Florida posed the following question to her teacher.

The Torah tells us that Chamushim alu miMitzrayim – and Rashi explains that only twenty percent of the Jewish nation arose from Mitzrayim. The rest were killed in the plague of Choshaich. Yet the Torah also tells us of the wickedness of Dasan and Aviram. The question is, why didn’t Dasan and Aviram die in Mitzrayim?

Clearly, this young lady is a thinker.

It seems that there are four approaches found in the commentaries.

The first approach is that the only people that died in the plague of Choshaich were those who denied the destiny of Israel. People who did not believe that the Jewish nation would be redeemed did not merit to be saved. Dassan and Aviram were evil, true. However, they believed that Hashem would ultimately redeem the Jewish people. In that merit they too were redeemed. This is the approach of some of the Baalei haTosfos (Rashbam as cited in compilation of Rav Yaakov Gliss on Parshas Bo), and in contemporary times Rav Ovadiah Yoseph zt”l and Rav Moshe Tzalch of Bagdad (Toras Moshe).

Rabbi Yoseph Yashar (Levush Yoseph Parshas B’Shalach page 77) explains that Dassan and Aviram were saved from death in Mitzrayim because they were not black and white. While they were evil in Mitzrayim, they did have the merit of being the officers over other Jews who themselves received lashes rather than being the cause of lashes toward other Jews.

Rav Shmuel HaLevi Levinson in Sefer Zichron Shmuel (end of Parshas Shmos) writes that Hashem saw that they would be destroyed in the rebellion of Korach. This destruction would form a greater sanctification of Hashem’s Name than their death would in the six days of the plague of Choshaich.

Rav Yoseph Tzvi HaLevi Dunner of London had an altogether different approach. He writes (Mikdash HaLevi p.235-236) that they were so evil that they did not merit to have their death and punishment in obscurity. No, their evil was so intense that they were forever written in the Torah as having died with Korach and his band. Rav Moshe Tzalch makes this suggestion too.

All four approaches have valuable lessons. The first is the power that belief in redemption has. It can extend our lives, even if we have much to make up for. Of course, we must still do Teshuva, but it heps give us an extended chance. From the second answer we see the great merit of looking out for Hashem’s children – even though we may be evil ourselves, it will save us. The third approach tells us how very important the idea of sanctifying Hashem’s Name is. Finally, the fourth approach informs us of the long arm of Hashem’s Justice.