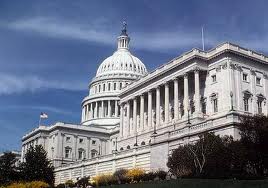 House Democrats have unveiled their response to Rep. Paul Ryan’s GOP budget, and it relies on a $1.5 trillion in new revenues over the coming 10 years and the economic benefits of immigration reform to make the numbers work.

The plan by Maryland Democrat Chris Van Hollen counts on about $500 billion in tax revenues from an influx of immigrant workers to help produce deficits in the $600 billion range by 2024. The measure also embraces President Barack Obama’s call for additional infrastructure spending, early childhood education, and additional jobless benefits for the long-term unemployed.

Ryan’s plan ekes out a balanced budget by 2024 by repealing the Affordable Care Act’s coverage provisions and cutting spending across a wide swath of the federal budget. Both plans face votes this week.