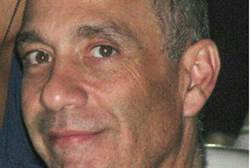 “We left our house in Modi’in and headed for seder night. We passed the Tarkumiya Checkpoint and continued and suddenly Baruch shouted ‘terrorist! Shooting!’ Baruch said Ahh and hit the gas. I felt a pain in my back and told the children ‘open your seatbelts and get on the ground’. I grabbed the wheel and slowed the car down using the gear and hand brake. I covered my blood with a rag. I saw Baruch was dead. When the soldiers arrived they took me and the children to an armored vehicle so they would not see their father was dead” stated Mrs. Hadas Mizrachi as she described their journey to Kiryat Arba for seder night.

They did not make it however as a terrorist armed with a Kalashnikov assault rifle fired dozens of shots at them, killing Baruch HY”D immediately. Hadas is now described to be in light-to-moderate condition and is admitted to Shaare Zedek Medical Center. On motzei first day of Pesach the children were told their father was dead.

Mrs. Mizrachi asked to send a message to Prime Minister Binyamin Netanyahu regarding a planned fourth terrorist prisoner release. “Terrorists see that they can murder us and be released from prison without serving their sentence. This is not a solution. I turn the prime minister and say there is no reason to release terrorists. There is no gain. Terrorists will murder again and again. In order to prevent having additional families like mine we must not release terrorists.”