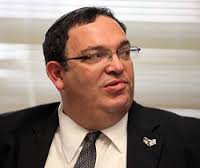 Education Minister Rabbi Shai Piron announced after taking office that he will fund separate classes for boys and girls in religious schools. In his response to the Supreme Court he explained that he is relying on a psak Halacha from Maran HaGaon HaRav Ovadia Yosef ZT”L, who wrote this is a must for schools in our generation which has already exceeded all norms with today’s permissiveness.

Piron announced shortly after assuming his cabinet post the ministry was going to fund separate classes for boys and girls from fourth grade. To date the parents have undertaken the additional expense along with local authorities. The minister hopes the policy will keep the more religious families in the public school system instead of placing children into other schools.

“A Free Israel” filed a petition to the court against his decision to fund separate classrooms and the minister used Maran’s psak to support his position. Piron cited many other leading poskim ruled similarly.

Attorney Eren Lev argued based on the decision in the United States dating back 61 years in which the United States Supreme Court established the fundamental principle that separate is not equal in the context of racial segregation, accusing the ministry of seeking to perpetuate and expand this in the nation’s public schools.