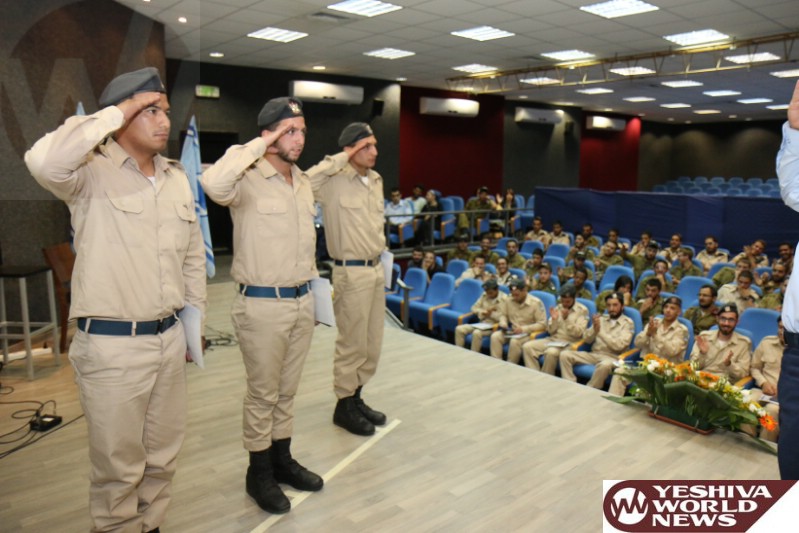 The Nachal Chareidi Foundation has decided to surprise a soldier of the Chareidi battalion, Diego Tapia, and flew in his mother and sister to his closing training ceremony that took place yesterday. Diego who converted to Judaism and made Aliyah, hasn’t seen his Columbian mother in over six years. A Single eye wasn’t left dry during the reunion, and the soldier and his mother could hardly part. “It is an excitement and a great joy”, said the mother.

Diego was born in Columbia 28 years ago in a Catholic family. During his university studies, he was drawn to a spiritual self-quest, and started to take interest in various religions. Two specific Jewish philosophy books particularly captivated his attention: the “Kuzari” and “Moreh Nevuchim. Upon reading, Diego started to understand the uniqueness of Yiddishkheit.

One of Diego’s friends explains: “Diego didn’t find the idea of connecting this material world to spirituality in any other religion. Most religions speak of disconnecting from the body and this world for you to link yourself to God. They are too spiritual, and usually address you to meditation and self-contemplation. But the basic creed in Judaism is to connect the temporal and eternal trough actual acts, and that what appealed to Diego”.

And so, Diego decided that Judaism is the right religion and therefore came to study more about it in a yeshiva in Jerusalem. Consequently he converted in a very demanding procedure which lasted more than 3 years. Today he is an observant Jew. Five and a half years after he crossed the Ben-Gurion Airport Terminal doors, at the age of 28, he decided to join the combat battalion of the Nachal Chareidi.

This week he finished his intensive training. But the Nachal Chareidi Foundation that established the battalion and escorts it along with the Defense Social Branch of the Ministry of Defense was not satisfied with the fact the all he will be given would be a graduation pin. Therefore the foundation decided to flew in his mother, Mercedes, and his sister, whom he hadn’t met since he left behind ‘the other’ life, so he would be escorted during the ceremony by his family as the rest of the soldiers.

In a less than day notice they boarded a flight from Bogotá to Tel Aviv, which lasted 20 hours, just so they could stand next to Diego in the ceremony, and to make the event powerful and exceptionally exciting.

One of his commanders went on the stage and gave the cue for the entrance of Columbian retinue. With a timid smile and accompanied by the female soldiers of the unit, the mother and her daughter entered the auditorium, and everyone started crying.

“The hugs between the mother and her son brought everyone to tears during this event”, summarized Rabbi David Fuchs, one of the rabbonim of the Nachal Chareidi Foundation, “It was one of the most breathtaking events of my life”. And mother Mercedes added: “It’s a feeling of joy, It is a great excitement and a big surprise”. 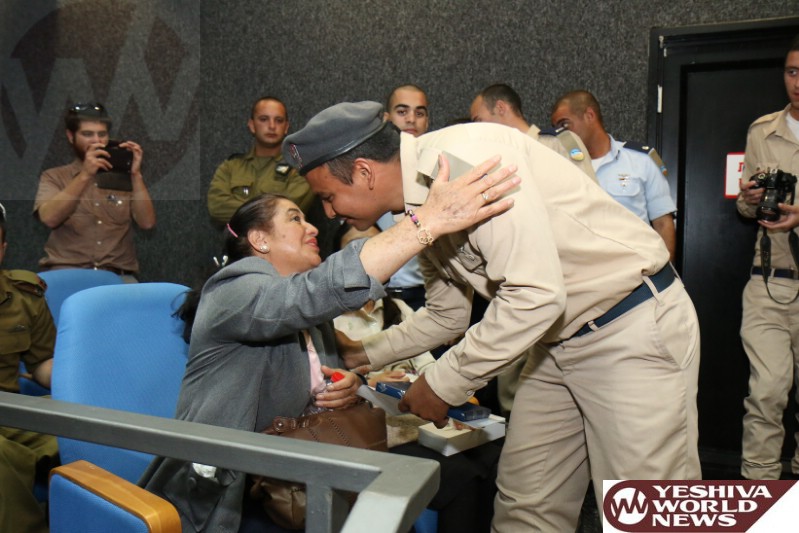