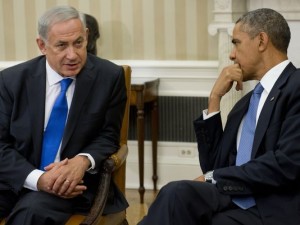 President Obama and Prime Minister Netanyahu spoke again this morning by phone, their second call in three days to discuss the situation in Gaza. The President discussed Israel’s ongoing military operation, reiterated the United States’ condemnation of attacks by Hamas against Israel, and reaffirmed Israel’s right to defend itself. The President also raised serious concern about the growing number of casualties, including increasing Palestinian civilian deaths in Gaza and the loss of Israeli soldiers.

President Obama informed the Prime Minister that Secretary of State John Kerry will soon travel to Cairo to seek an immediate cessation of hostilities based on a return to the November 2012 ceasefire agreement. The President underscored that the United States will work closely with Israel and regional partners on implementing an immediate ceasefire, and stressed the need to protect civilians—in Gaza and in Israel.