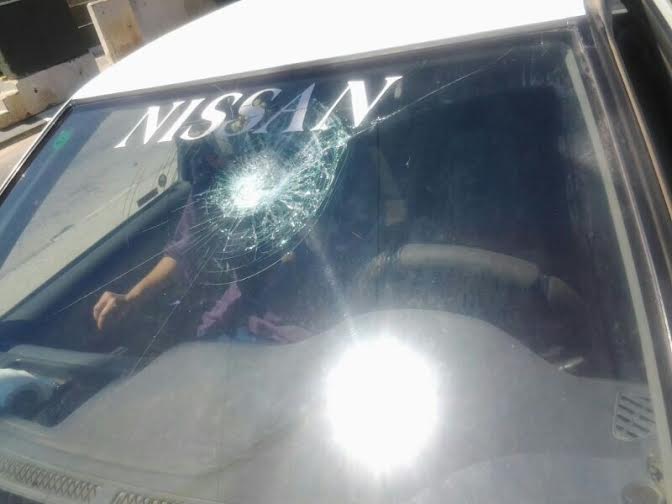 Security cameras confirm that an Arab vehicle traveling at Gush Etzion Junction on erev Shabbos tried to run over Jews waiting at the location for ride. B’chasdei Hashem the people standing at the hitchhiking post reacted swiftly, moving back enough that the vehicle did not run them over. One female was lightly injured. The vehicle clearly turned sharply to the right to strike the pedestrians.

The vehicle sped off. Police and the IDF are investigating.

In the Shomron, a woman traveling near Chawarah opened fire at terrorists that attacked her vehicle. They blocked the road and began bombarding her vehicle with stones. When she felt her life was in danger she opened fire. Sadly the mainstream media reports “A woman opened fire at a mosque”, without citing the life-threatening situation that surrounded her actions. The reports make it appear the woman opened fire randomly, and without justification.

B’chasdei Hashem the woman managed to extricate herself from the perilous situation. One terrorist is dead and others were wounded by the gunfire. Chawarah is located south of Shechem. Jews living in Har Bracha, Yitzhar and Itamar must travel trough the hostile village to and from their homes.

PA (Palestinian Authority) sources on Friday afternoon reported that a terrorist was shot dead in Friday afternoon clashes with IDF soldiers in the Beit Omer NW of Hebron. B”H there are no reports of injuries among soldiers.