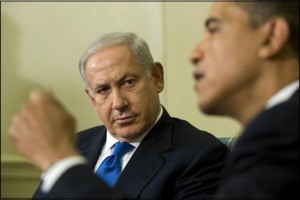 The following is via the Whitehouse:

“President Obama and Prime Minister Netanyahu spoke again today by phone about the situation in Gaza. The President underscored the United States’ strong condemnation of Hamas’ rocket and tunnel attacks against Israel and reaffirmed Israel’s right to defend itself. The President also reiterated the United States’ serious and growing concern about the rising number of Palestinian civilian deaths and the loss of Israeli lives, as well as the worsening humanitarian situation in Gaza.

“Building on Secretary Kerry’s efforts, the President made clear the strategic imperative of instituting an immediate, unconditional humanitarian ceasefire that ends hostilities now and leads to a permanent cessation of hostilities based on the November 2012 ceasefire agreement. The President reaffirmed the United States’ support for Egypt’s initiative, as well as regional and international coordination to end hostilities. The President underscored the enduring importance of ensuring Israel’s security, protecting civilians, alleviating Gaza’s humanitarian crisis, and enacting a sustainable ceasefire that both allows Palestinians in Gaza to lead normal lives and addresses Gaza’s long-term development and economic needs, while strengthening the Palestinian Authority. The President stressed the U.S. view that, ultimately, any lasting solution to the Israeli-Palestinian conflict must ensure the disarmament of terrorist groups and the demilitarization of Gaza.”