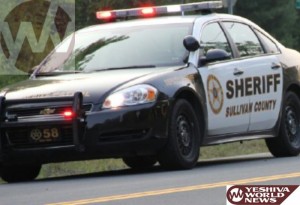 Schiff said the road, a major connector between the Monticello area and Bethel Woods and the rest of western Sullivan, is not to blame.

“The physical road itself is not inherently dangerous,” Schiff said. “The state DOT does a great job in maintaining it. It’s the volume of traffic and the habits of the drivers who are using it that have contributed to these accidents.”

District attorney James Farrell said the problem is clear to him.

“A major contributing factor in those fatal crashes, even involving ones we don’t prosecute, because perhaps the person who is operating the car was under the influence of drugs or alcohol, that is a major component of these types of cases,” Farrell said.

Driving while intoxicated, or with ability impaired by drugs tops the list of offenses the Sheriff’s Patrol will be targeting. Others on the list include speeding, passing violations and distracted driving involving cell phones.