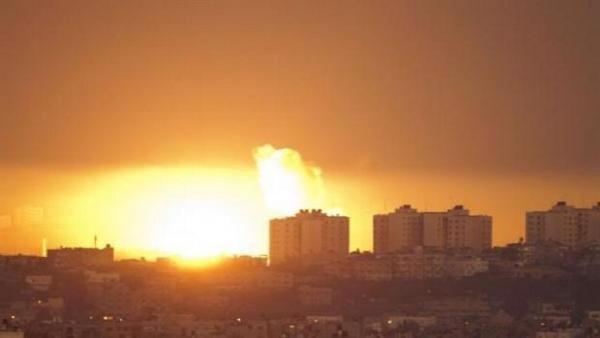 Hamas has resumed the warfare against Israel, firing heavy barrages of rockets from Gaza. In one case, debris from the Iron Dome struck a vehicle in Tel Aviv, causing it to go up in flames.

· Rockets were fired towards Gush Dan, the Shvelah, Yerushalayim and the south.

· Rockets were intercepted over Rishon L’Tzion and Tel Aviv.

· The air force is striking targets in Gaza.

· PA negotiators in Cairo blame Israel for destroying the ceasefire.

· Hamas says in response to IAF bombardments that “Israel has opened the gates of hell”.

· Thousands of Gazans are fleeing their homes.

At least 50 rockets have been fired at Israel since the collapse of the ceasefire, including 35 since 22:00. The resumption of warfare followed a number of days of quiet. Sirens wailed in many areas of the country on Tuesday night including Yerushalayim and the surrounding areas, Tel Aviv, Holon, Bat Yam, Rishon L’Tzion, Beersheva, Beit Shemesh and the surrounding areas, Ashkelon, Ashdod, Sderot, and the southern area regional councils. A vehicle hit by shrapnel on Kibbutz Galiyot Interchange in Tel Aviv went up in flames. Another rocket landed in an open area in Tel Aviv leading to loud explosions and many calls to police. One rocket was intercepted over Rishon L’tzion. Two rockets were intercepted over Beersheva and five other rockets landed in open areas of the city. Other rockets were intercepted over the Merchavim Regional Council communities.

Earlier in the night a rocket landed near a shopping center in the Ashkelon Coast Regional Council. B’chasdei Hashem there were no injuries, fatalities or damage. Other rockets landed in open areas in the Eshkol Regional Council area and two rockets were intercepted over Netivot.

Azzam el-Ahmed, who heads the PA (Palestinian Authority) negotiating team in Cairo, was quick to blame Israel for “destroying the ceasefire”. These are the moderates, the administration Israel wishes to see take control of Gaza in place of Hamas.

Hamas’ military wing, the Izzadin el-Kassam faction announced “the gates of hell have been opened for Israel” after Israel targeted the home of a senior terrorist commander in Gaza.

The IDF’s Homefront Command stated prohibitions against gatherings in southern areas are in place once again. This includes over 300 people in the seven kilometer area from the Gaza community and over 500 people from the seven to forty kilometer areas. Public bomb shelters have been opened in cities and municipalities around the country.

Speaking to Channel 2 News on Tuesday night the eve of 24 Menachem Av prior to the resumption of heavy rocket fire, former National Security Advisor Giora Eiland explained “we must stop differentiating between Hamas and the residents. They are one. Gaza democratically elected Hamas and it must be viewed as a country run and supported by Hamas. The policy of rocket fire will be responded to with IDF fire is not working and we must take action that will compel Hamas to consider launching rockets. Hamas does not care about IDF retaliations and this will not halt the rocket fire”.

Eiland calls on the prime minister to close all crossings into Gaza in response to rocket fire. This includes a cessation of transfer of any and all goods into Gaza, including fuel, food and water, until the rocket fire is halted. Eiland feels “we must give Hamas a good reason to halt the rocket fire and consider the consequences of such actions”.