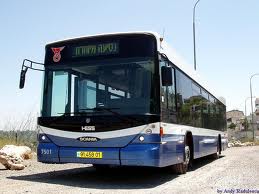 The Ministry of Transportation and the Dan Bus Company in 2015 will run the nation’s first electric buses in Tel Aviv. Officials in coming weeks will select the line that the buses will service, providing passengers with what is promised to be a significantly quieter and cleaner ride.

Officials explain these are state-of-the-art and the buses will not contain the extremely heavy rechargeable batteries but operate on new technology capable of a quick charge and a system that demands far less electricity than in the past. A bus will only require a 3-5 minute charge to travel 15-25 kilometers. The average inter-city Dan line is 10km. Hence the buses will only require a rapid charge immediately before beginning the route and they will not require charging on the route.

The bus is developed locally by Chariot Motors Israel and they operate on new technology which ministry officials hope will pave the way for energy efficient and conservation wise buses in all major cities.

One of these buses cost 1.6 million shekels as opposed to 2 million for an electric bus with the heavy batteries or a regular diesel bus that costs 1 million shekels. Maintenance costs for the new electric buses are far less than the diesel engine buses. Transportation Ministry officials’ add that the infrastructure cost for accommodating the buses remains very low, with only a need to set up charging stations.

Similar to its diesel counterpart, the electric bus will carry fifty passengers and can operate around the clock, which the diesel cannot. Because of the efficient charging time, each bus line will only require a single charging station, officials explain.