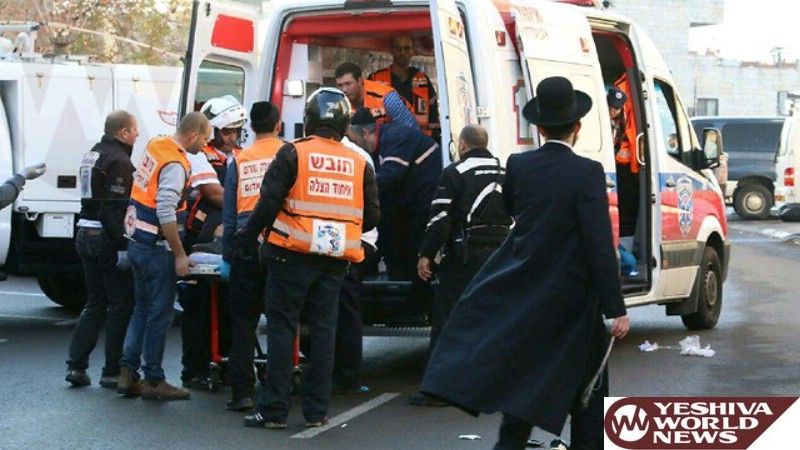 The media analysts are abuzz and the experts are making appearances on the evening news offering their unsolicited advice as how to halt what many believe is the Third Intifada. Following the heinous barbaric attack in Kehillas Bnei Torah of Har Nof on Tuesday morning 25 Marcheshvan everyone is asking the same question – what do we do to halt the Islamic violence and attacks? A visit to the Kosel or a ride on the Jerusalem light rail may result in hospitalization or worse chas v’sholom. The police appear paralyzed and Israel Police Chief warns citizens that anyone taking the law into their own hands will be punished to the fullest extent of the law, not exactly what a city that is bleeding wished to hear during his visit to Har Nof following the latest Islamic terror attack.

Prime Minister Binyamin Netanyahu leads the calls to raze the homes of the terrorists responsible for the slaughter, both residents of the Jabil Mukhaber neighborhood of the capital. Netanyahu made the announcement late Tuesday afternoon after high-level security consultations

The terrorists YS”VZ were cousins and live in the same community. A brother of one of them, another career terrorist, is serving a life sentence. One of them was released by the current administration in yet another Israeli ‘good-will’ gesture to the PA (Palestinian Authority). It appears Israel has used up its good will and the terrorists released some 18 months ago are back, hard at work murdering Jews.

Police announce in the coming days there will be more checkpoints and less freedom of movement for residents of eastern Yerushalayim, which is their code word for “Arabs”, which they shutter to say. It would appear that after a number of fatal vehicular car attacks in the capital and other fatal acts of terrorism involving Arabs from Jerusalem, something is being done.

Fearing chas v’sholom Islamic terrorists realize just how easy it is to carry out an attack, there will be increased security in Jerusalem schools with a focus on kindergartens. It remains unclear how long this will continue. Israel Police nationwide have moved to level 3 status, one level below a state of emergency. Israel Police is also going to work to give a boost to Mishmar Ezrachi (auxiliary police) units in various neighborhoods. Regarding Har Nof, community leaders have been calling to boost their Mishmar Ezrachi patrol for a long time but those calls were unheeded.

Citizens and visitors alike are afraid, some thinking twice about taking the light rail while other think walking to and from the Kosel in the dark may be a life-threatening endeavor. Minister of Public Security Yitzchak Aharonovich was on the scene of the latest Islamic act of terror and promised citizens that police would restore law and order. Unfortunately, the citizens of Yerushalayim are less than optimistic based on the minister’s track record since the summer. Aharonovich also instructed police to beef up security for shuls in the capital. This may prove difficult as potential terrorists are everywhere, from the shuk to hospitals and private stores. One of Har Nof terrorists worked in a grocery store down the block from the attack, and therefore no one was suspicious seeing him. Actually, hundreds of potential terrorists are on the streets of Har Nof every weekday morning as they work there.

Other government officials announce the Interior Ministry will show flexibility in regard to applications for handgun permits. Once upon a time anyone who was an IDF veteran could get a gun if s/he had a clean record but over recent years the nation’s leaders felt taking legal guns off the streets would prevent accidental shooting incidents. Former Jerusalem Police Chief Aryeh Amit told the media today that from his perspective, anyone with a licensed gun must carry it and use it if and when necessary. Interestingly, no one is mentioning the idea of giving IDF soldiers their guns back. Tens of thousands of soldiers travel the nation daily, each a potential law-enforcement agent in the event of an attack. However, the military some time ago ruled soldiers must give their weapons in when they leave base, fearing suicides and accidental shooting. There are some exceptions, such as combat officers and soldiers coming from the field, not a base, but most soldiers are sitting ducks, targets if you will, compelled to travel about in uniform but without weapons.

Rishon L’Tzion Rabbi Yitzchak Yosef Shlita announced he feels persons should not daven in a shul without a guard, or perhaps some armed mispallalim. Deputy Minister of Religious Services Rabbi Eli Ben-Dahan insists it is not possible for there are close to 11,000 shuls in Israel and it is too expensive – simply undoable.

Suddenly talks of the 2015 state budget and possible early elections have come to an abrupt halt as the nation is compelled to take a break – to pause to bury its dead HY”D, the latest victims of radical Islamic terrorism.