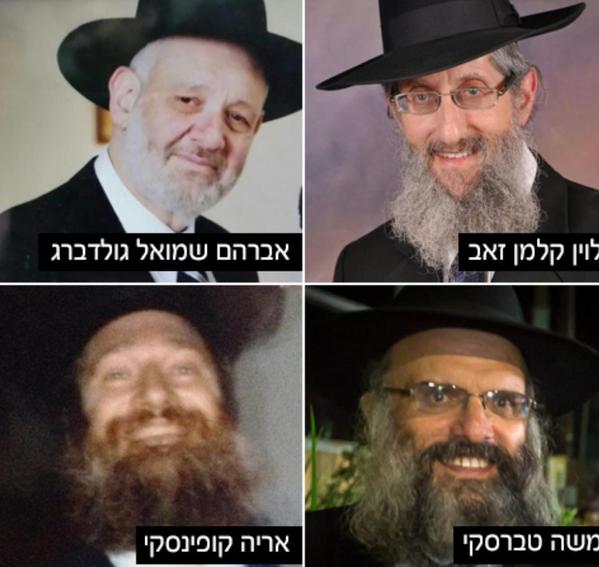 HaRav Moshe Twersky HY”D, 60, was a steady participant in the minyan for the past seven years or so. He was Rosh Kollel Yeshivas Toras Moshe. The levaya will begin at 14:00 from Yeshivas Beis HaTalmud to Har Menuchos. He was a grandson of Rav Yoshe Ber Solovechik ZT”L and a son-in-law of Rav Abba Berman ZT”L. The rabbi was a US citizen. He is survived by Rebbetzin Bashy, who is a prominent teacher in Hadar seminary, and their five children – three sons and two daughters – aged 23-33, and ten grandchildren.

Rabbi Aryeh Kupinsky HY”D, 43, was a US citizen too. He was a regular at the minyan where the attack occurred. The family has known tragedy as Rav Aryeh’s 13-year-old daughter, Chaya Chana was niftar 3 years ago in her sleep. Rav Aryeh was known as a man of chessed and ran a gemach. He was known to never refuse anyone seeking assistance in any form, always seeking ways to assist others. His oldest son learns in Yeshiva Gaon Yaakov in Bnei Brak, headed by Maran HaGaon HaRav Aaron Yehuda Leib Shteinman Shlita. He is survived by his wife and five children, ages 5-16.

Rabbi Kalman Ze’ev Levine HY”D, 55, was born in the United States. After getting married he devoted his time to kollel in Har Nof. Relatives describe him as one who was always happy and upbeat. He was makpid to be mesamayach chosson and kallah when he attended weddings. His family was dear to his heart and he made a point of participating in all family events.

Rav Kalman attended the Lev Avraham Kollel in Meah Shearim and the evening kollel in the shul, Kehillas Bnei Torah. He was known stop learning at 10:27 to have several minutes to prepare for maariv to enable himself to daven as he felt one must with proper Kavanah…

He is survived by 9 children, some still unmarried Hashem Yirachem…. and 5 grandchildren.

Rabbi Avraham Goldberg HY”D, 68, was born in Britain. He made aliyah in 1991. He usually was makpid to daven neitz and he was among those in the shul when the attack occurred. He was an educational advisor in the chareidi community.

Friends explain he was committed to the time he dedicated to limud, and always exerted himself to advance in his comprehension of his limud. He is survived by his wife and six children.