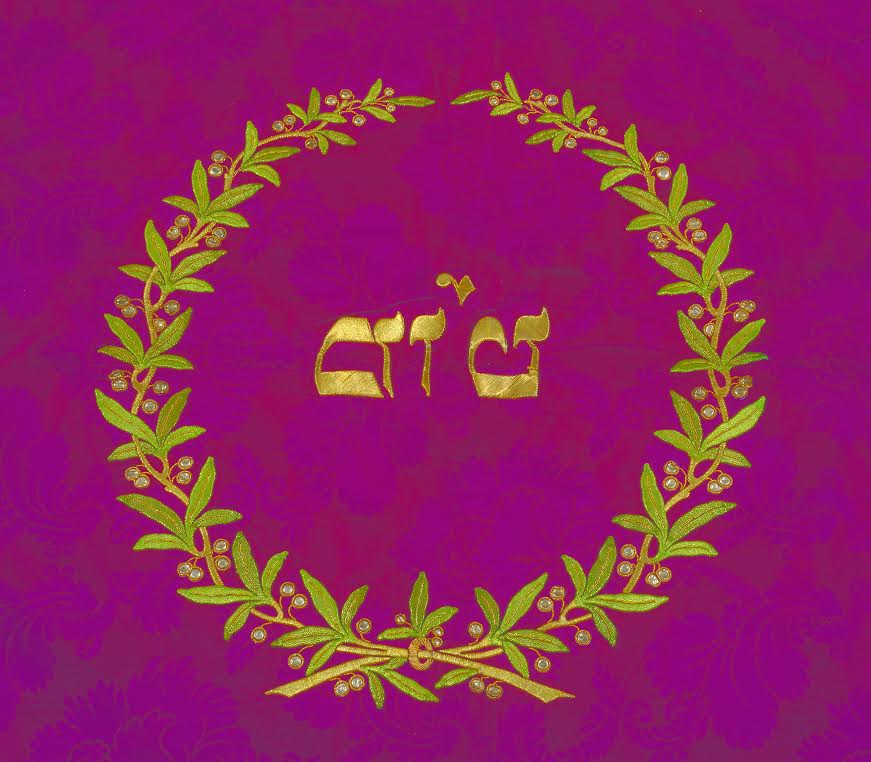 An embroidered chupah from Rechnitz (in present-day Austria) from 1865 was recently discovered. As chupahs are consumable one-occasion targeted items, it is quite hard to find a whole 200-year-old chupah. This is especially the case when it originates from a Jewish community that was annihilated vehemently by the Nazis in 1945. This chupah will be up for sale on the up-coming Rare and Important Items Auction at the Kedem Auction House in Jerusalem, having an estimated price of 8,000 US dollars.

The chupa is made of purple brocade, embroidered with golden threads. In the center (the part above the couple’s heads during the ceremony) an embroidered Hebrew inscription reads “Mazal Tov” in mirror writing for unknown reason, possibly against the evil eye. The majestic chupah has four corners embroidered outwards with a golden thread. On the two corners appear the verses: “See a life with a woman you love” (Koheles, 9, 9), “G-d testified between you and your wife” (Malachi, 2, 14). Also embroidered to the fringe is the inscription “Donation of righteous women of Rechnitz in 1865”, maybe attesting the bride’s being poor, and the chupah was contributed as part of the “hachnasas kallah” mitzvah.

A serial number 9094i appears on lining. The source of this number is unknown, but according to the owner’s report this serial number was added in Germany during the Shoah. This directly links the chupah to a horrendous historical event which happened at the night between the 24th and the 25th of March 1945. At that night 200 Jews, “unfit” for labor, were concentrated by the Nazis in the Rechnitz castle. The SS officers celebrated there with their local supporters, which were given various weapons for the brutal killing of those Jews, who underwent a series of molestations, got beaten and eventually were shot to death. Their grave was never found as result of an unbroken conspiracy of silence till this very day.

Rechnitz congregation, founded in the second half of the 17th century by Italian and Sephardic Jews, was affiliated to the orthodox Seven Congregations in Austria and was on the border of Austria and Hungary. It was the largest and most important Jewish community in what is today Southern Burgenland. During the Nazi years, the Germans disturned the dead as well; the cemetery was plundered and destroyed on several occasions. In 1988 the cemetery was restored by the Israelite Culture Community. In the 1990’s the cemetery was again desecrated.

Meron Eren of the Kedem Auction House concludes that “We are very delighted to present this chupah, a rare remnant of a lost community with a horrific ending. Pre-Holocaust Jewish artifacts testify to the past Jewish presence in various cities and towns across Europe, that on many occasions all that remains of the thriving community life there are cemeteries”. 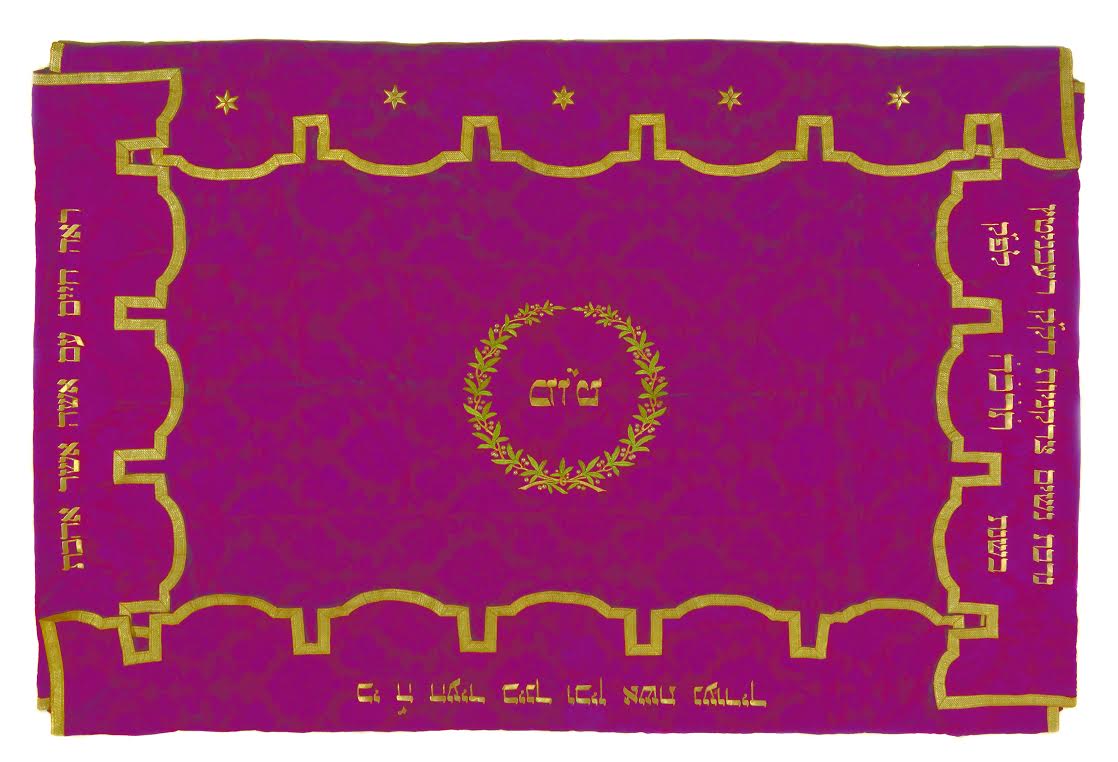