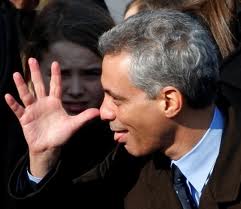 A spokeswoman for Chicago Mayor Rahm Emanuel says the mayor’s 17-year-old son was mugged near the family’s home.

Spokeswoman Kelley Quinn said Saturday that the mayor’s son, Zach, had “injuries that required medical treatment, but was able to join the family for a long planned trip.” She says the mayor is focused on his son’s well-being and requested the news media respect the family’s privacy.

The mayor and his family were headed for a vacation in Chile this weekend.

Emanuel, a former White House chief of staff, is running for re-election in February.