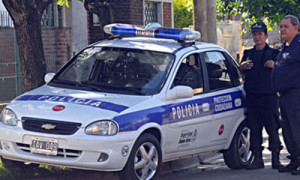 Ten Israeli tourists were wounded in an anti-Semitic attack at their hostel in Lago Puelo, a small southern Argentine village.

Three assailants burned, robbed and beat the tourists for four hours on Monday, according to the Argentinian media. Police in the Chubut province are investigating.

The hostel usually houses guests from Israel and tries to attract them through a Hebrew-language Facebook page.

Posters calling for Israeli tourists to be boycotted appeared recently in a nearby town.About 300,000 Jews live in Argentina, the largest Jewish community in Latin America.