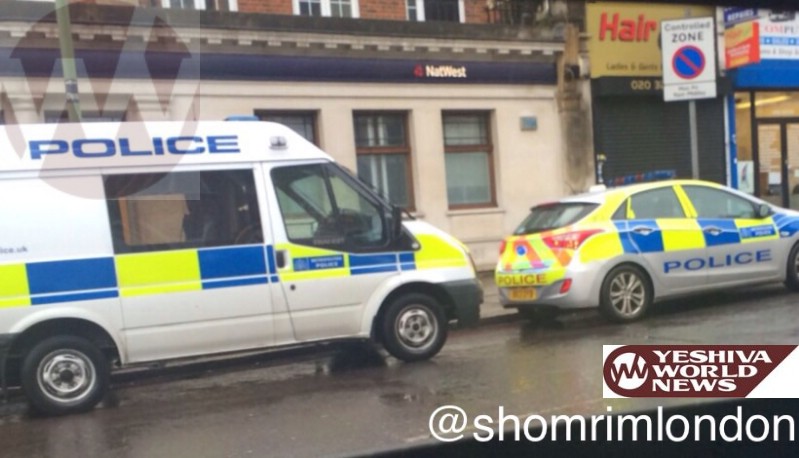 A man walking around London yelling anti-semitic slurs was just arrested, thanks to volunteers of Shomrim London.

Sources tell YWN that around 1:50PM (London time) on Sunday afternoon, Shomrim London received a call reporting a man walking around the Hendon area making a Nazi salute, as well as yelling anti-semitic slurs directed at Jews – including calling on passersby to “kill all the (expletive removed) Jews”.

Shomrim responded and located the suspect in front of the Hendon Central Tube (train station). Police were contacted and dispatched officers to the scene. Additionally, police began tracking the suspect via Hendon CCTV.

Police arrived and the man was taken into custody outside the HSBC Bank in Hendon without further incident.