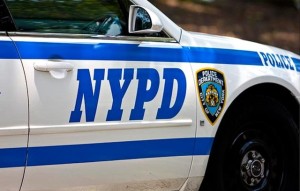 The NYPD said Monday it had a suspect in custody.

The one that referenced President Barack Obama included an obscenity.

The targets included six banks. The graffiti also marred two flag murals that graced the facades of a supermarket and an ice cream shop.