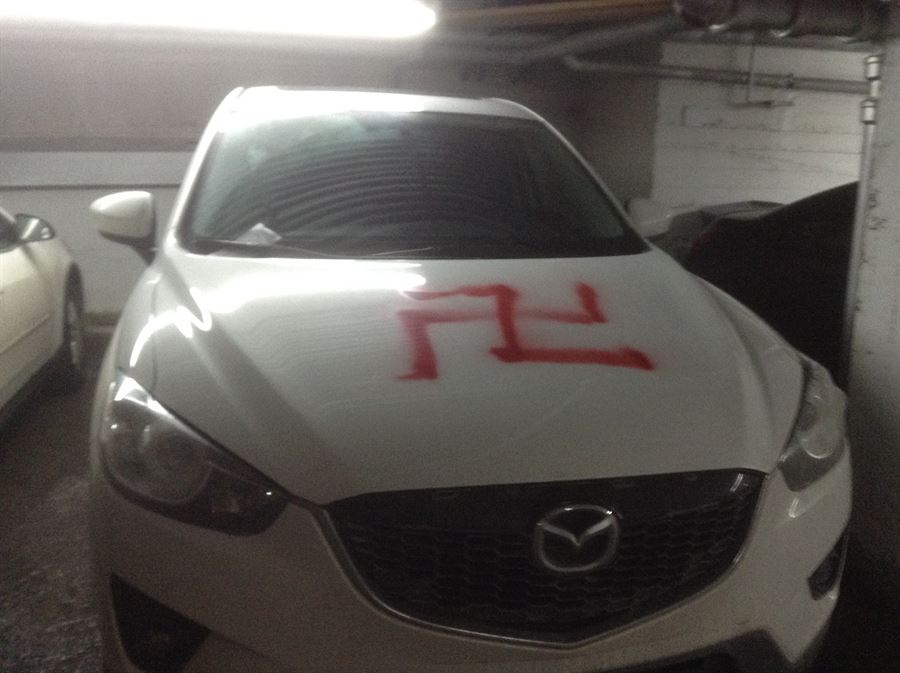 Montreal police are investigating a possible hate crime after swastikas were spray painted on cars in an NDG (Notre-Dame-de-Grâce) parking garage, CBC reports. The vandalism was discovered and called in at 10:22 p.m. Monday, police spokesperson Louis Héroux said.

The windshield on one car was broken, and a pickaxe was left in front of the vehicle. There were also envelopes left on the cars with red swastikas drawn on the front of them.

It’s not yet known how anyone would have gained access to the garage, but CJAD News interviewed a resident who said that there are no cameras and the security in the building is not the greatest.

Montreal police confirmed they are investigating the hate crime. They do not have any suspects for the moment.