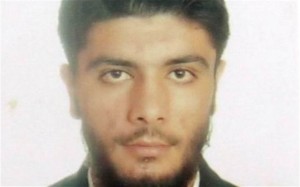 Four British Security Service officers have testified at the U.S. trial of a terrorism suspect charged with plotting to bomb a shopping mall in Manchester, England.

Identified only by four-digit numbers and wearing makeup, the MI5 agents on Tuesday described weeks of surveillance they conducted on Abid Naseer in 2009.

The agents said they observed Naseer during a case dubbed “Operation Pathway.” They said Naseer was given the code name “Small Panel.”

The 28-year-old Naseer is defending himself in federal court in Brooklyn. He has pleaded not guilty. Prosecutors say the British plot was part of a broader al-Qaida conspiracy calling on other cells to attack civilians in New York and Denmark.

The agents described Naseer’s movements to and from an Islamic center, a cybercafe and elsewhere.

Asked during cross-examination if his movements seemed suspicious, an agent said no.