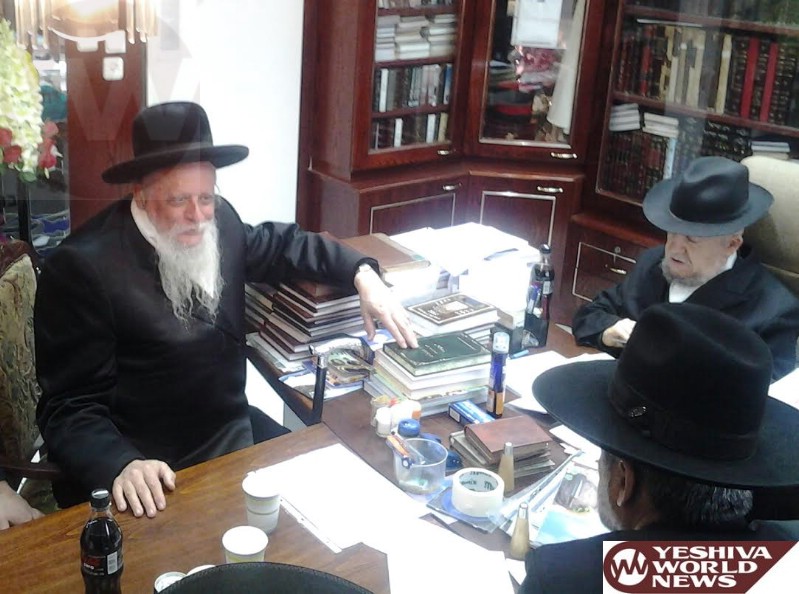 Many mispallalim and chassidim are turning to the Bostoner Rebbe of Yerushalayim Shlita seeking guidance regarding the upcoming elections for 20th Knesset. The rebbe was escorted by Yachad party leader Eli Yishai to meet with HaGaon HaRav Meir Mazuz Shlita in the rav’s home.

The rebbe’s position is clear, that first and foremost, all eligible voters must get out and vote on Election Day towards “strengthening lomdei and Shomrei Torah and Mitzvos”. The rebbe adds “I am an Agudist the son of an Agudist I will blei neder voting Gimmel and I call on anyone who feels the party represents him to cast a ballot for Gimmel and anyone who feels represented by Shas to vote Shas”.

The rebbe stresses the need to vote, explaining this is critical to extricate the tzibur from the difficult realities of the past administration. The rebbe adds that those who do not feel that Gimmel or Shas represent them to “vote Yachad and not chas v’sholom one of the other parties which do not have gedolei yisrael at their helm and do not adhere to daas torah”.

The rebbe is confident that if all eligible frum voters cast a ballot for any of the three parties mentioned they will each receive at least eight seats and together, there can be a frum bloc of 24 in the next Knesset “that will be able to be MeKadesh Shem Shomayim”.

See the rebbe’s kol korei in both Hebrew and English. 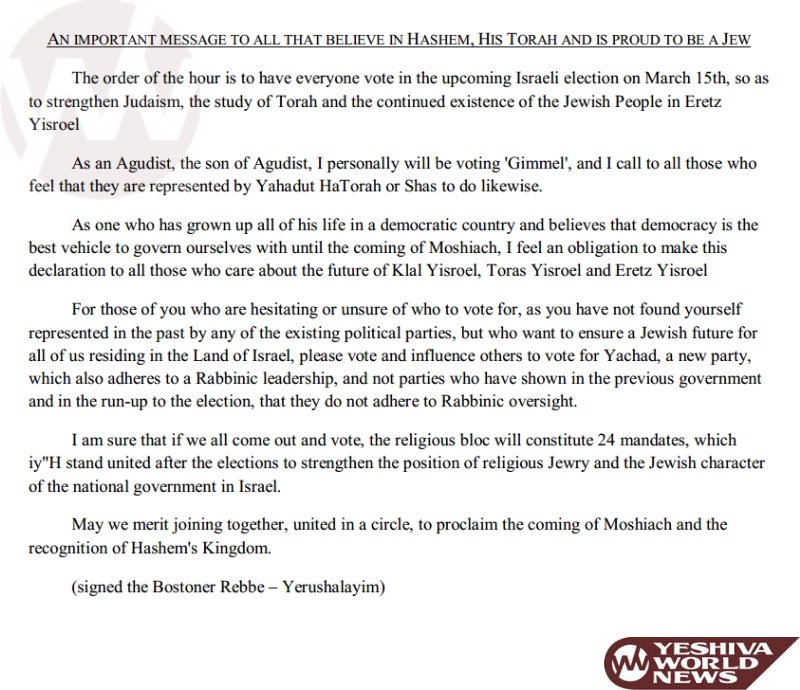 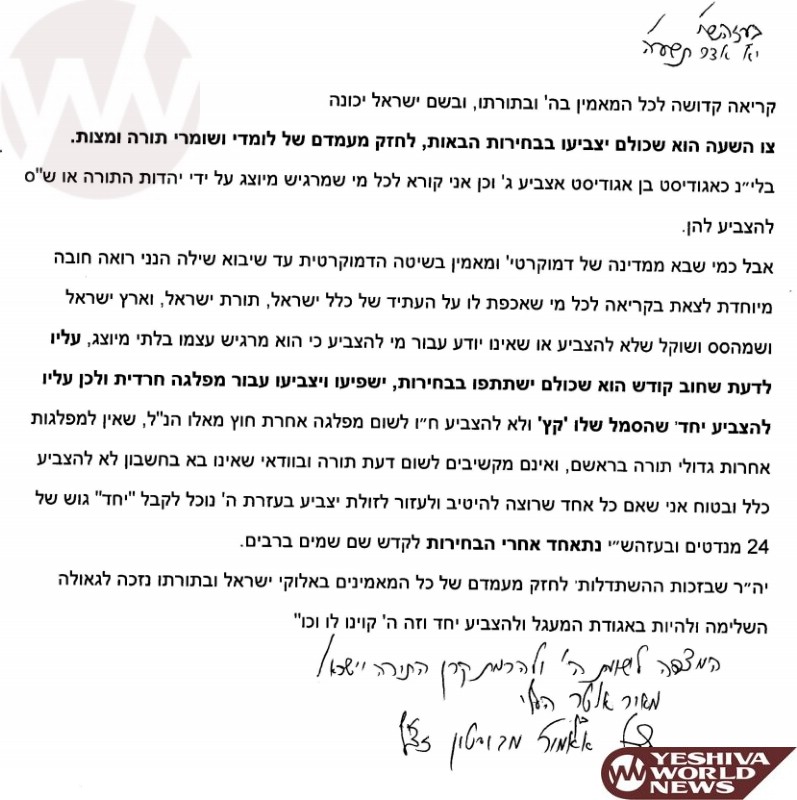