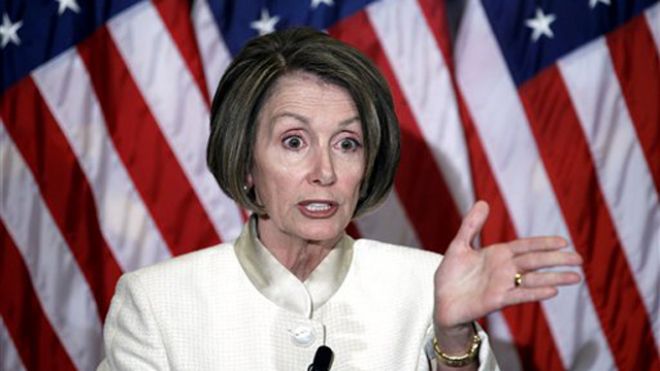 Here is Nancy Pelosi’s full statement on the Speech given by Prime Minister Netanyahu:

“The unbreakable bonds between the United States and Israel are rooted in our shared values, our common ideals and mutual interests.  Ours is a deep and abiding friendship that will always reach beyond party. Americans stand shoulder to shoulder with the Israeli people.  The state of Israel stands as the greatest political achievement of the 20th century, and the United States will always have an unshakable commitment to Israel’s security.

“That is why, as one who values the U.S. – Israel relationship, and loves Israel, I was near tears throughout the Prime Minister’s speech – saddened by the insult to the intelligence of the United States as part of the P5 +1 nations, and saddened by the condescension toward our knowledge of the threat posed by Iran and our broader commitment to preventing nuclear proliferation.

“Today, Prime Minister Netanyahu reiterated something we all agree upon: a nuclear armed Iran is unacceptable to both our countries.  We have all said that a bad deal is worse than no deal, and stopping the spread of nuclear weapons is the bedrock of our foreign policy and national security.  As President Obama has said consistently, all options are on the table for preventing a nuclear-armed Iran.”