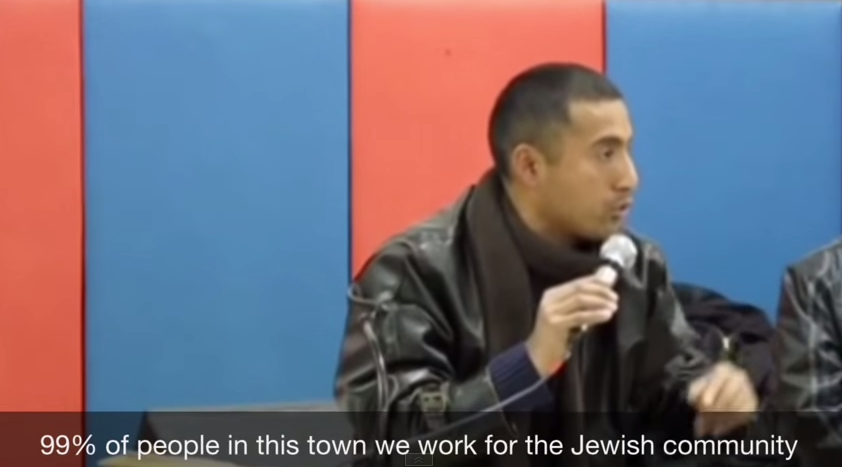 The ‘BLOCK the BLOCK VOTE’ Facebook page unabashedly aimed its venom at the Orthodox Community of Rockland County and beyond. It openly blamed Orthodox Jews for Rockland’s ‘entire’ financial catastrophe. The name of the page, its profile and background photos, its bio, description, and many posts created a breeding ground for anti-Orthodox bigotry.

After OJPAC publicly called out the page through a video named ‘The Jew in Rockland’, the bio of that Facebook page, its description, and profile photo have been replaced; some hateful posts removed; a strict comment policy announced, and a number of users have been banned from posting. All of these are positive steps, but the remaining background photo, in addition to its infamous history leave no doubt who the target of that page is: Orthodox Jews

Too many politicians, communal activists and members of the media look the other way as the decibel level of hatred against Orthodox Jews grows to an intolerable volume. Unfortunately, some of those who remain silent in the face of open bigotry  decided to launch an attack, not on the disgraceful crime of anti-semitism itself but on the watchdog that shed light on the bigotry and brought it to the public’s attention. That is, with all due respect, not leadership; but cowardice.

OJPAC is fully committed to working with responsible leaders and individuals who wish to improve inter-community relations. We will also continue to monitor media sites, blog and chat rooms and call out those entities and individuals that direct hate at Orthodox Jews. OJPAC thanks those who publicly and privately supported our successful effort in this specific matter.

The video can be seen below: