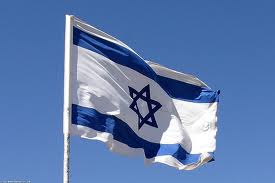 Many in the Yeshiva world are now faced with a halachic quandary. On the one hand, Yeshiva trained individuals are adamantly opposed to the Conservative and Reform movement making inroads in Eretz Yisroel. It is almost universally recognized among all religious elements that the agenda of the Reform and Conservative movements in Eretz Yisroel is destructive to the Jewish people. Similarly, most Bnei Torah are in favor of the Rabbanut’s strictness on Shabbos observance in Yerushalayim.

On the other hand, most members of the Yeshiva community are adamantly opposed to being labeled “Zionist.” The Yeshiva community, generally speaking, neither identifies with the Chardal (Chareidi Dati Leumi) community nor the Satmar community (strictly anti-Zionist). Their sentiments are mostly with an Agudah type platform which encompasses a large range of opinions as to how exactly to view the state of Israel. Many if not most look at the government of the State of Israel the same way we would look at a Jewish hospital in Manhattan that does not run according to halachah, but will offer a kosher kitchen and perhaps an electric Shabbos candelabra.

So what is the quandary? The World Zionist Congress elections end on April 30th. The WZC has a budget of close to half a billion dollars which is spent on a number of initiatiaves affecting the Jewish people. There is one party the Religious Zionists backed by the Orthodox Union, National Council of Young Israel, and the RCA.

The Reform and Conservative movements have spent significant funds on getting their constituents to vote, and if the Religious Zionist party does not win significantly, the State of Israel will be funding shlichim in America with a Reform and or Conservative agenda. Until now, most of the shlichim have been dati leumi. There are also a few other areas of significance that can be affected by the delegates that are chosen.

Reform has challenged everything we hold dear – Kashrus, Shabbos, the Kosel, conversion, marriage, and divorce. They have also challenged the office of the Chief Rabbinate. It is a battle that they are not giving up on.

The quandary is: Should those who affiliate with the Yeshiva community vote in the World Jewish Congress elections?

In a recent Mishpacha magazine article, Jonathan Rosenblum wrote that the issues are important enough to at least pose the question to one’s Rav or Posaik. This author had posed the question to two major Poskim affiliated with the Agudah movement. One, in fact, is a Rav of an Agudah Shul. Both Poskim stated unequivocally that people should register and vote for the religious Zionist platform, and that doing so does not make one a Zionist. Both requested anonymity, but allowed me to quote them in this forum. In addition, it is clear that Rav Ovadiah Yosef zt”l stated that one should register and vote as well.

I would also like to respectfully disagree with a statement in the Mishpacha that was made by Rabbi Pesach Lerner. He stated that the website makes one check off a box that some people may find objectionable. However, a careful reading of the required declaration reveals nothing objectionable. Indeed, Yasser Arafat yimach shmo and l’havdil the current Satmar Rebbe would both be able to sign it as well.

1] Zionism is the movement that brought about the establishment of the State of Israel. ANALYSIS: Most people would say that this is a factual statement. Palestinian Muslims mourn it, but agree that it is true. There is a Hashkafic caveat that, theologically, nothing happens without Hashem allowing it to happen and this statement does not address theological issues.

3] Zionism views a Jewish, Zionist, democratic and secure State of Israel to be the expression of the common responsibility of the Jewish people for its continuity and future. ANALYSIS: Yes, Zionism views this, but others may view things differently – namely that the future and continuity of the Jewish people is not dependent upon the State of Israel.

4-9] These are merely a recitation of what the foundation of Zionism is.

Thus, voting and checking the box for the required declaration is not lying about Zionism at all. It is this author’s opinion and that of two major Agudah affiliated Poskim that one should vote for the religious Zionist platform. The link to vote is here. Vote for the tenth party.

April 30th is upon us. This is a very serious issue that demands our attention.

Required Declaration I declare that I accept the Jerusalem Program (below); I am Jewish; I will be at least 18 years of age by June 30, 2015; my permanent residence is in the United States; and I will not/did not vote in the March 2015 Israeli Knesset election.

By checking this box, you certifiy the above statement is true.

The foundations of Zionism are:

1. The unity of the Jewish people, its bond to its historic homeland Eretz Yisrael, and the centrality of the State of Israel and Jerusalem, its capital, in the life of the nation.

2. Aliyah to Israel from all countries and the effective integration of all immigrants into Israeli Society.

3. Strengthening Israel as a Jewish, Zionist and democratic state and shaping it as an exemplary society with a unique moral and spiritual character, marked by mutual respect for the multi-faceted Jewish people, rooted in the vision of the prophets, striving for peace and contributing to the betterment of the world.

4. Ensuring the future and the distinctiveness of the Jewish people by furthering Jewish, Hebrew and Zionist education, fostering spiritual and cultural values and teaching Hebrew as the national language.

5. Nurturing mutual Jewish responsibility, defending the rights of Jews as individuals and as a nation, representing the national Zionist interests of the Jewish people, and struggling against all manifestations of anti-Semitism.

6. Settling the country as an expression of practical Zionism.