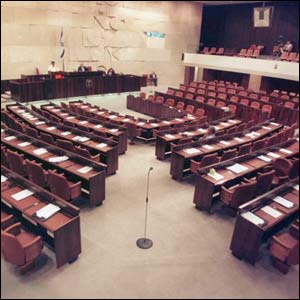 Two weeks following national elections, the 20th Knesset is sworn in, on Tuesday afternoon 11 Nissan. There are 39 new Members of Knesset, of which 11 are in the Likud party. There are 29 women in the 120-seat Knesset, a new record, along with a brother and sister, Jackie Levi from Likud and Orli Abekasis-Levi from Yisrael Beitenu. There are 13 chareidim as compared to 18 in the outgoing 19th Knesset.