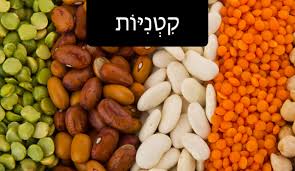 Generally speaking, it is never a good idea to attack others. It is even a worse idea to attack an Av Beit Din and Rabbi who publishes Torah thoughts. At times, however, when a kosher minhag in Klal Yisroel comes under attack, it is necessary to enter the fray. I feel particularly bad about this, because I have had enjoyable discussions with Rabbi David Bar-Hayim. Nonetheless, the attempt to besmirch the minhag of not eating Kitniyos on Pesach by attributing it to Karaite origins by Rabbi David bar Hayim (http://koleinu.com.au/qittniyoth-kitniyotkitniyos-a-qaraite-custom/) demands a response.

Does the custom of not consuming Kitniot during Passover perhaps derive from a Karaite interpretation of Chometz? This possibility cannot be discounted – a number of customs and halakhic interpretations made their way into normative Judaism during the late Geonic period, the heyday of Karaitism, a fact attested to by no less an authority than Maimonides (Isure Biya 11:14 (or 15).

It is this author’s view that Rabbi Bar Hayim is wrong – dead wrong on this possible attribution, for a number of reasons:

This citation of Maimonides is misleading. In no way does Maimonides imply in these Halachos that normative Judaism was affected by Karaite law. The Rambam was discussing the influence of the Tzaddukim – not the Karaites.

The distinction is not insignificant. Why is this the case? Because, as any student of Karaite history knows, there were no Karaites in France in the middle ages. Karaites, to be sure, were found in numerous places, but their inroad into Europe came through the Crimean Peninsula. They entered what is now Turkey, Lithuania, and Russia, but they were not in France.

Rabbi Bar Hayim himself recognizes that the first mention in the Rishonim of the custom of avoiding Kitnios was in France. It is inconceivable that a custom would develop in country X on account of alleged influence by group Z, when there were no members of group Z in the locale where the custom is first mentioned.

In addition, the customs of the Karaite community on Passover is to avoid anything that can and generally does ferment. They avoid yogurts and cheeses because these items ferment. Yet Rabbi Bar Hayim expands this definition to include beans and the like. Karaites themselves do not avoid beans on Passover.

True, Karaites avoid rice, but as any student of food history in the middle ages also knows, there was no rice in Europe after the fall of Rome. After Rome fell, trade came to a virtual standstill because of the emergence of pirates. Rome was no longer policing the seas, and most Europeans did not know what Rice was until well after the Crusades when trade was to pick up again.

1] There were no Karaites in France so there could not have been a cultural influence.

2] Karaites do not avoid Kitnios – they avoid things that are fermented. They avoid rice, but there was no rice in the time or place where the minhag against kitniyos developed.

3] The source for Karaitic influence that Rabbi Bar Hayim quotes is incorrect.

Also, the Rishonim and leading Rabbis of Klal Yisroel have spoken extensively about how it wrong to cast aspersions on a minhag in Israel (See, for example, Tashbatz Vol. IV Siman 32; Rivash Siman 35, Sdei Chemed Vol. IV page 270(. It is wrong to attribute

So how and why did the custom emerge to forbid Kitniyos? The reason why kitniyos were forbidden, was on account of a protective measure. The Mishnah Berurah (O.C. 453:6, 464:5) provides a few explanations:

(1) Kitniyos are harvested and processed in the same way that chametz is. The masses would confuse the two and come to permit grains for themselves.

(2) Kitniyos can also be ground and baked, just like chametz, and people might come to permit chametz grains.

(3) The Kitniyos themselves may have actual chametz mixed in. All three reasons are therefore protective in nature. The prohibition was strictly limited to consumption; one may own and derive benefit from kitniyos on Pesach.

For those who doubt the rationale, I’d like to give a contemporary example. It seems that there is a product out there called “pizza cones” – that are placed on a cardboard stand (ostensibly oven-safe) inside of a toaster oven. There are bar – Mitzvah boys who have derived from these instructions that one can even put paper plates inside of a toaster oven.

If such a mistake can happen, then one can easily see why some later Rishonim would push to stop a minhag that can have such disastrous consequences.

Just what is included in kitniyos? The term “legumes”is a misnomer, as that word simply means a plant in the family Fabaceae (or Leguminosae), or the edible fruit or seeds of such plants, such as beans and peas. The prohibition extended beyond just legumes, however. Rice, mustard, and corn (see M.B. 453:4) are also included. So are buckwheat, lentils, and sesame seeds.

What about Quinoa? The Badatz of the Eida Chareidis (Madrich HaKashrus 5772, Ch. 15, pg. 47) views it like corn which came to be included in the prohibition, while Rav Heineman from the Star K rules that it is permissible. The OU initially forbade it, with a printed response by Rav Yisroel Belsky (Ve’Kasher HaDavar (July 2012, pg. 9) explaining that Quinoa fit every criterion for Kitniyos. Rav Hershel Schachter had disagreed with Rabbi Belsky from the outset on this issue and in December of 2013, Rabbi Genack announced that Quinoa is not to be considered Kitniyos. They did this, according to the announcement, after investigating issues of cross-contamination in several countries. In addition to quinoa, OU Kosher has concluded that related canihua, kiwicha and maca seeds would also not be considered Kitniyos.

The TaZ writes that it is simply impossible to clearly define and quantify what is included in the category.

What about coffee? Is that a bean? The Shaarei Teshuvah forbids coffee as kitniyos. The prevalent Minhag is not to follow the Shaarei Teshuvah and to permit it. (This was true even before Maxwell House sponsored the English language Haggadahs).

And what about peanuts? Some say yes, some say no. Many of our older readers will remember the peanut oil with a Pesach hechsher that used to dominate our kitchen cabinets. No longer.

And why are we so stringent regarding derivatives of kitniyos? This comes from a halachah found in the Rama: the Rama indicates that oil made from kitniyos is forbidden just like the kitniyos themselves. Cottonseed oil is perplexing, because some say yes and some say no. Canola oil is kitniyos, too.

FROM WHEN IS IT FORBIDDEN?

When are kitniyos forbidden? The Sheivet HaLevi (Vol. III, No. 31) rules that the time we can no longer eat them is the same time as for chametz itself. The Maharsham (Daas Torah 453) permits it, until the evening of Pesach itself. The minhag is to be stringent, but for those direct descendents of the Maharsham (quite a few of whom live in Lawrence), it would be okay to eat kitniyos on erev Pesach.

There is also a leniency. Kitniyos is battul b’rov if mixed in accidentally with other (kosher l’Pesach) food (see Mishnah Berurah 453:9). In other words, even if the taste is distinguishable, as long as the kitniyos constitutes less than half of the final mixture and is not removable, the food remains kosher! The Rav Shulchan Aruch says that this doesn’t work if it is the main part of the dish – even when less than half.

Sick people may also eat kitniyos on Pesach, and it is permitted to feed kitniyos to infants or to animals. The Chasam Sofer writes (O.C. 122) not to let it cook a long time in the pot, but rather to heat up the water first and then put in the kitniyos (which is what we do anyway, except when using a rice cooker). Ideally, if one is feeding someone kitniyos, a separate pot should be kept for that use (P’ri Chadash 453). There is no need to kasher, though, if an error was made.

Are Kitniyos Muktzah on Shabbos? No, rules Rav Asher Weiss. Why not? Because they may be given to a Sephardic Jew on Yom Tov.

WILL IT BE CHANGED?

Another question: Is the prohibition of kitniyos here to stay? The Teshuvah MeAhavah (No. 259) seems to indicate that it is. He writes that even if the beis din of Shmuel HaRamasi or Eliyahu HaNavi were to reconvene, they would not have the ability to permit kitniyos. And, at least according to some poskim, it is a pretty serious prohibition; the Maharil (Hilchos Pesach 25) writes that violating the minhag can cause one to be put to death!

But why all the stringencies? Why do we forbid so many things and their derivatives, as well? Why on erev Pesach, too? Perhaps a philosophical approach to kitniyos can answer a lot of our questions. One reason, given by the father of Koznitz Hagaddah’s publisher (found in the Nuta Gavriel), is that the word alludes to a notion that means small, while Pesach is associated with things that are great.

To elaborate a bit, kitniyos represents something which is the antithesis of Pesach. Of all the holidays on the Jewish calendar, Pesach connotes greatness”a realization of who we are as a nation, and a concomitant recognition that Hashem had great purpose in redeeming us from the hand of Pharaoh. Within the small nation of Israel lies cosmic significance with a national spiritual destiny that can affect the world. Pesach connotes geulah, redemption, with all the overtones implied in the word.

Kitniyos, on the other hand, alludes to smallness. The word conjures up thoughts of a myopic, small-mindedness of sorts, where the cosmic significance and the national destiny of the Jewish people is ignored. Everything that we do has import, even down to the foods we eat or the foods that we do not eat. Perhaps we are so stringent in avoiding kitniyos to help us dispose of the small-mindedness that can get us stuck into just looking at the trees without seeing the forest. For the same reason, the community of the town of Ostreich refrained from eating kitniyos on any day on which Tachanun is not recited (see Be’er Heitev O.C. 131, citing the Maharil). What is the reason? Perhaps it is to appeal to the inner voice within us to achieve our destiny, both as a people and as individuals.