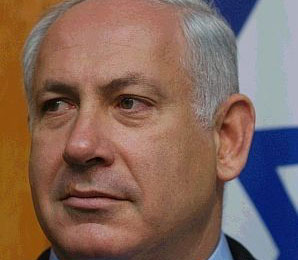 In his address at the 20th Knesset swearing-in ceremony on Tuesday, 11 Nissan, Prime Minister Binyamin Netanyahu used the forum to send yet another message regarding Iran as a US-brokered deal appears imminent.

“The greatest threat to our security and to our future was and remains Iran’s effort to arm itself with nuclear weapons. The agreement being formulated in Lausanne paves the way to this outcome. It seems that it will leave in Iran’s possession underground installations, the nuclear reactor at Arak and advanced centrifuges, the same things that only a few months ago we were told – and rightly so – were not essential to a nuclear program designed for peaceful purposes. Iran’s breakout time for achieving fissile material for nuclear bombs will not be measured in years, as was said at the outset; in our assessment the time has been reduced to less than a year, probably much less. And all of this is before taking into account the ballistic missiles that Iran is continuing to manufacture, the ongoing development of advanced centrifuges, Iran’s obdurate refusal to reveal to the IAEA its activities to develop nuclear weapons and, I add, Iran’s campaign of conquest and terrorism – which is open to all, everyone sees it, before our very eyes – from the Golan Heights to Yemen, from Iraq to Gaza and so many other places.”