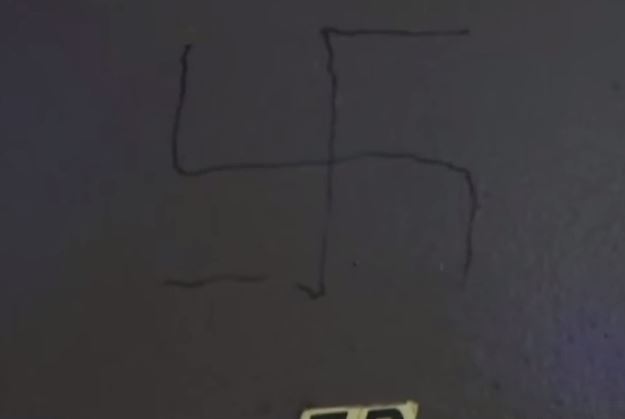 Police say four swastikas were found drawn on the door of a Midwood apartment.

The victim says he spotted the symbols early Monday morning at his 505 Elmwood Ave. residence. He says it appears that someone used a black marker to draw the swastikas.

There are surveillance cameras on first floor on the building and inside the elevator, according the victim’s brother. He says he hopes the footage can lead to whoever is responsible.

The victim says that he is fearing for the safety of his family following the incident.

Police say the Hate Crimes Unit is investigating the case.