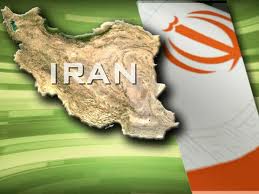 Eyes bleary from lack of sleep, senior diplomats from the six countries negotiating with Iran huddled Thursday in strategy sessions meant to advance the pace of agonizingly slow nuclear talks. Iran’s foreign minister said the sides were close to a preliminary agreement, but not yet there.

The talks resumed several hours after a flurry of marathon overnight sessions between Secretary of State John Kerry and Iranian Foreign Minister Mohammed Javad Zarif, as well as other meetings among the six powers negotiating to curb Iranian nuclear programs that could be used to make weapons. Iran denies any interest in such arms and wants a deal that will quickly lift economic sanctions stifling its economy.

Two days after busting through a March 31 deadline, the negotiators hope to leave the Swiss city of Lausanne with at least a text outlining general political commitments to resolve concerns about Iran’s nuclear program, and the pace of lifting sanctions. They are also trying to fashion more detailed documents on the steps they must take by June 30 to meet those goals.

As he headed to his own meeting Thursday, Zarif said the talks had made “significant progress.” But he said drafts still had to be written. Reaching both agreement in Lausanne as well as a June final deal will be “a difficult job,” he said.

One problem, said Zarif, was differing voices among the other side at the table — the United States, Russia, China, Britain, France and Germany — making it difficult for them “to reach a coordination.”

As the talks dragged on, two Western officials said the idea of breaking them off over Easter and Passover and resuming them next week had been informally raised. One said the talks were “at a tough moment and the path forward is really unclear.” Neither was authorized to discuss the negotiations publicly, and both demanded anonymity to speak.

The talks — the latest in more than a decade of diplomatic efforts to curb Iran’s nuclear prowess — hit the weeklong mark on Thursday, shortly before the State Department announced they would go into double overtime from the March 31 deadline.

As the sides bore down on efforts to get a deal, German Foreign Minister Frank-Walter Steinmeier cancelled a planned visit to Lithuania, Estonia and Latvia. French Foreign Minister Laurent Fabius was also back, less than a day after leaving the city.

The West demands that the Lausanne talks wind up with concrete commitments.

But Iran has pushed back, demanding a general statement with few specifics. That is politically unpalatable for the Obama administration, which must convince a hostile Congress that it has made progress in the talks so lawmakers do not enact new sanctions that could destroy the negotiations.

By blowing through self-imposed deadlines, Obama risks further antagonizing lawmakers in both parties who are poised to take their own action to upend a deal if they determine the president has been too conciliatory.

The initial response to the extensions from Republicans suggested they had already come to that conclusion.

“It is clear, the negotiations are not going well,” said Sens. John McCain and Lindsey Graham in a statement. “At every step, the Iranians appear intent on retaining the capacity to achieve a nuclear weapon.”