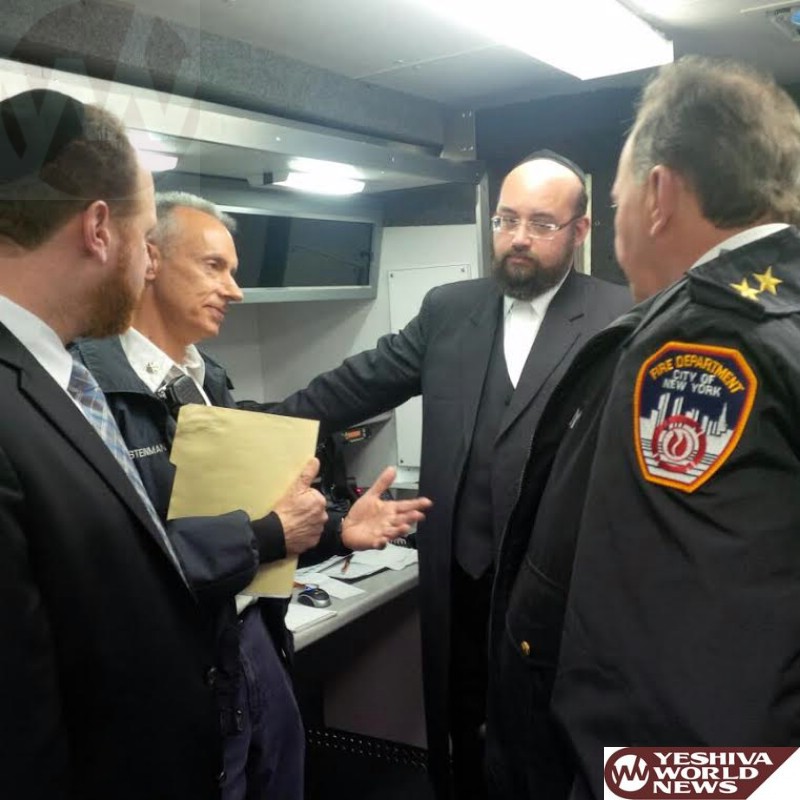 Councilman David G. Greenfield spent the morning visiting bread burning sites throughout Boro Park and Midwood and thanking FDNY, Shomrim and Chaverim members for their participation in the annual bread burning ritual. After visiting several burning sites, Councilman Greenfield stopped by the firehouse at 4210 12th Avenue, which is home to Engine 282 and Ladder 148, where he thanked FDNY officials and firefighters for their hard work throughout the day to make sure the bread burning ran smoothly and safely this year.

Greenfield also checked in with Boro Park Shomrim members in their mobile command center and praised them for their help overseeing the 31 burning sites throughout Boro Park and Midwood that were established in coordination with the FDNY and Community Board 12.

“Pesach preparation illustrates the very best of our community’s relationships with government agencies. We are fortunate to have an outstanding Fire Department and Sanitation Department that works hand-in-hand with the needs of the Community. It’s always a pleasure seeing so many of constituents taking part in this great chametz burning tradition on Erev Yom Tov. We are incredibly grateful to the leadership of the Fire Department and Sanitation Department and the Community Board for coordinating pre-Pesach services,” said Councilman Greenfield.

Councilman Greenfield, Community Board 12, Shomrim, Hatzolah, Chaveirim, FDNY, NYPD, the Sanitation Department, and other City agencies spent months planning for today’s tradition. The controlled burning of the chametz is an important part of the traditional preparations leading up to Pesach. Since the FDNY began the program of establishing controlled burning sites around the neighborhood there has not been a single serious injury in Boro Park.

“Thanks to the great work of all our officials and volunteers, we had another safe erev pesach,” said Barry Spitzer, District Manager of Community Board 12. “When everyone works together, our community wins.” 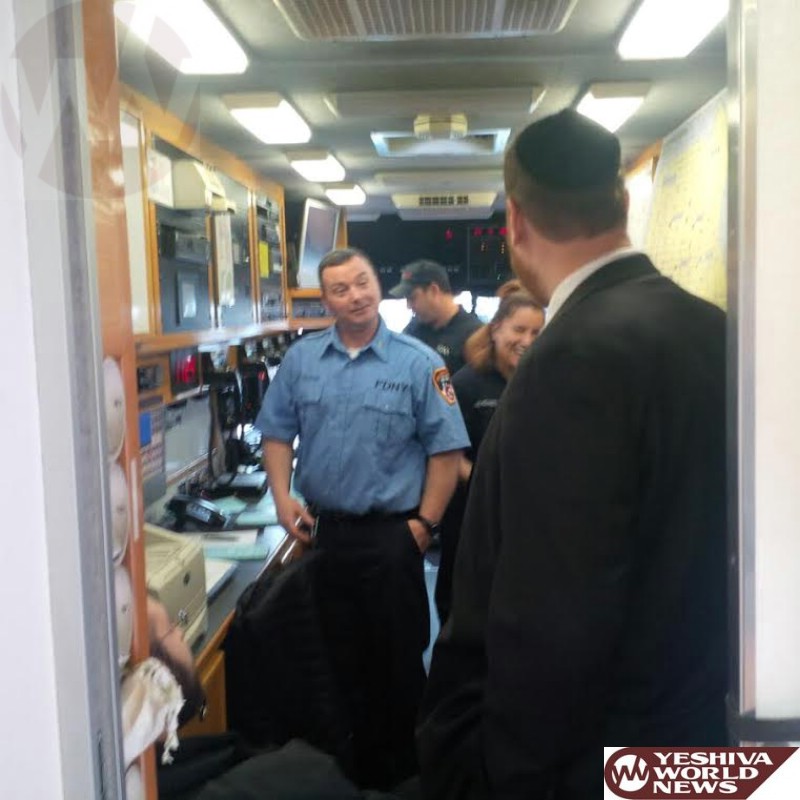 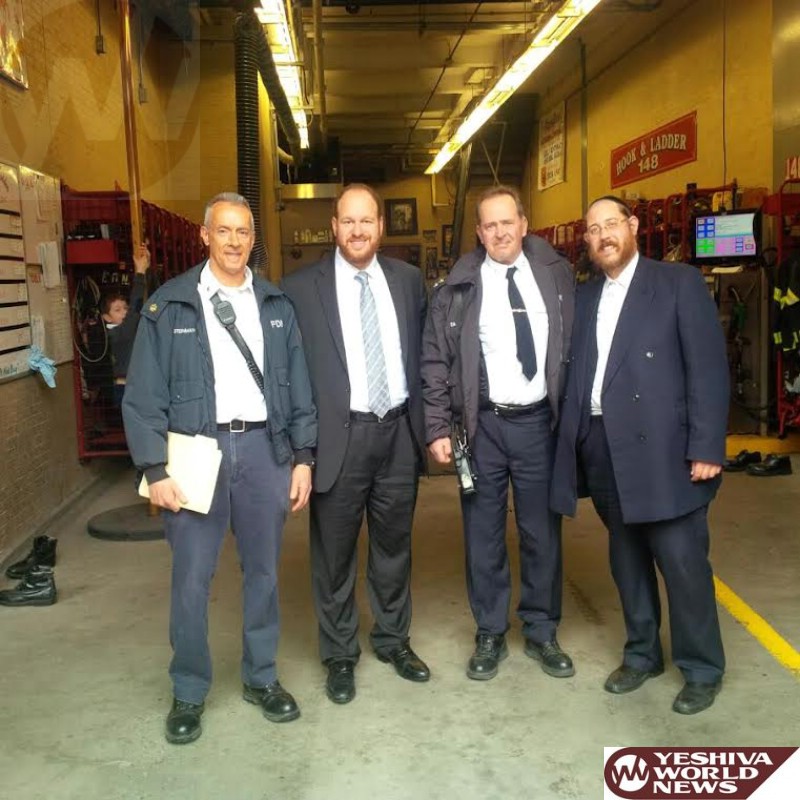