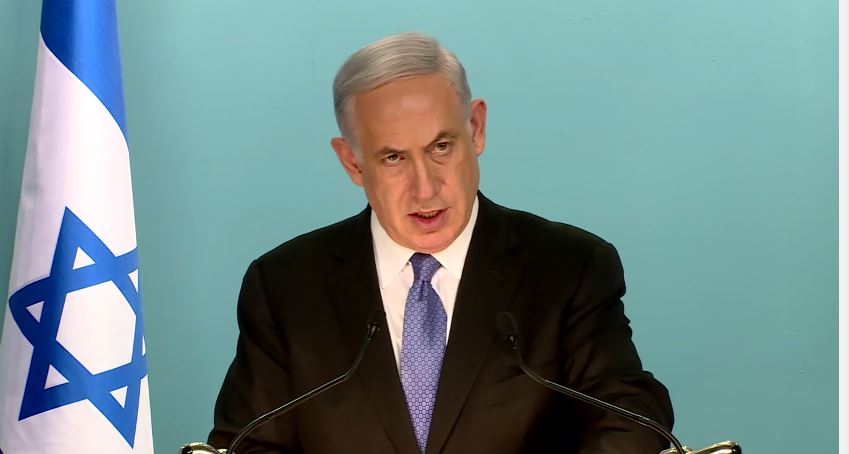 Amid growing concerns surrounding the US deal with Iran, Prime Minister Binyamin Netanyahu on Sunday, 23 Nissan released the following statement.

“In the last few days, Iran has shown again why it can’t be trusted.

“Iran insists on maintaining its formidable nuclear capabilities with which it could produce nuclear bombs. Iran insists on removing all sanctions immediately. And Iran refuses to allow effective inspections of all its suspect facilities. At the same time, Iran continues its unbridled aggression in the region and its terrorism throughout the world.

“So let me reiterate again the two main components of the alternative to this bad deal: First, instead of allowing Iran to preserve and develop its nuclear capabilities, a better deal would significantly roll back these capabilities – for example, by shutting down the illicit underground facilities that Iran concealed for years from the international community. Second, instead of lifting the restrictions on Iran’s nuclear facilities and program at a fixed date, a better deal would link the lifting of these restrictions to an end of Iran’s aggression in the region, its worldwide terrorism and its threats to annihilate Israel.

“Iran needs a deal more than anyone. Instead of making dangerous concessions to Iran, now is the time for the international community to reassert and fortify its original demands for a better deal.

“We must not let Iran, the foremost sponsor of global terrorism, have an easy path to nuclear weapons which will threaten the entire world.”

Labor party leader Yitzchak Herzog also spoke out, stating when it comes to the Iranian threat there is no difference between the coalition and opposition. He added Israel should receive US support for a military action if Iran violates the term of any final agreement.

Herzog stressed Israel’s commitment to prevent Iran from having its own nuclear weapon. He pointed out PM Netanyahu has been warning all along of the potential risks in the long-term, and this must be addressed. He suggests that now, before a final agreement between the US and Iran is signed, is the time to “mend loopholes” and for “strategic and comprehensive discussion with the US”.