A person was R”L killed on Thursday, after the vehicle they were in exploded into a fireball in the Prestwich area of Manchester.

Emergency personnel rushed to the scene after receiving multiple calls reporting the vehicle on fire.

Police release released a statement sa short while ago confirming they were called to Castle Hill Road just after 3:00PM.

A spokesperson said: “A person was inside the car and has been pronounced dead at the scene.

“Inquiries are ongoing between police and the fire service to establish the circumstances of how the fire started.”

Residents living on the quiet residential road report that they heard a loud bang and rushed out of their homes.

Sources tell YWN that the occupant is a Jewish person. 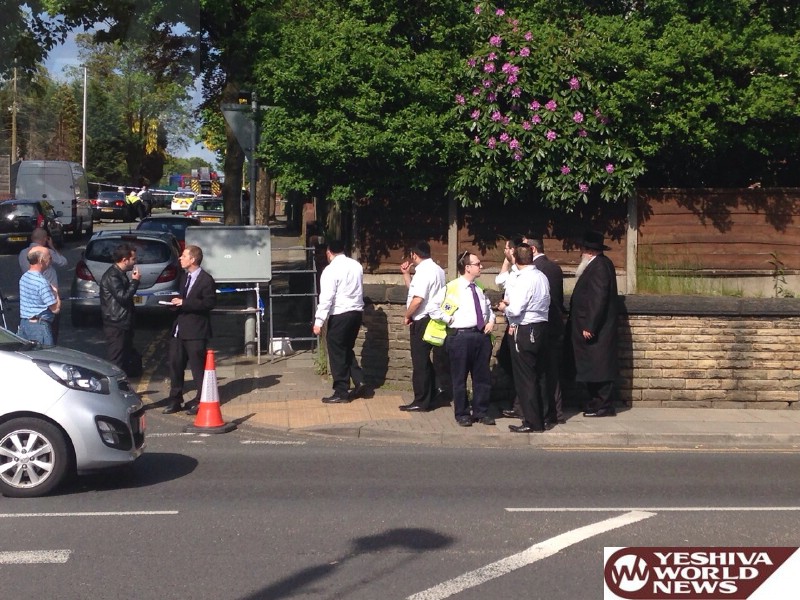