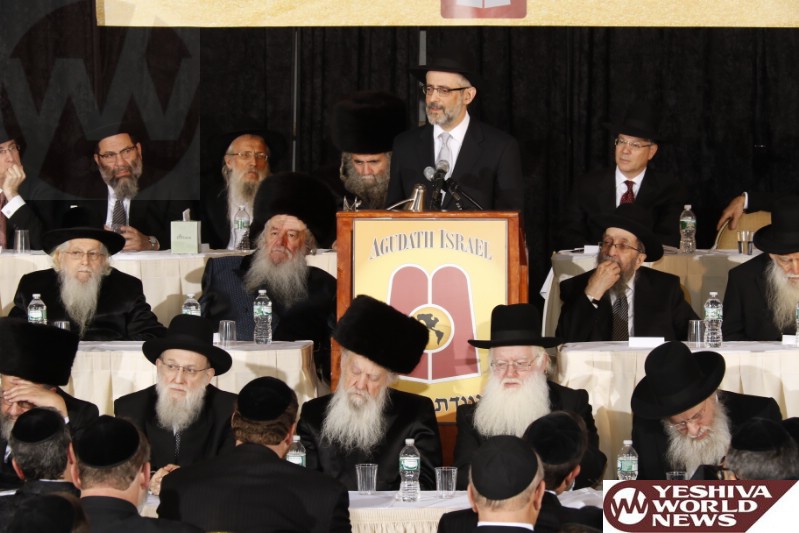 Below is the text of a letter sent by Rabbi Chaim Dovid Zwiebel, Executive Vice President of Agudath Israel of America, to Governor Andrew Cuomo, Senate Majority Leader John Flanagan and Assembly Speaker Carl Heastie opposing the proposed bill which would impose a monitor on the East Ramapo School District.

Agudath Israel of America, a national Orthodox Jewish organization, respectfully urges you to oppose Senate Bill 3821 / Assembly Bill 5355, which would take the unprecedented step of imposing a state monitor to oversee the East Ramapo School Board, with power to veto decisions made by the board.

As even the board’s critics have pointed out, the unique demographic profile of the East Ramapo School District, where approximately 70% of the district’s school children attend nonpublic schools, has caused it to be woefully underfunded under the current state funding formula. With insufficient state funding, and with firm obligation under state law to provide certain services to the district’s large and growing nonpublic school population, the board has been forced to make painful funding decisions with respect to non-mandated extra-curricular services in the public schools.

The drastic and unprecedented step of imposing a state monitor with veto power over school board decisions should be countenanced only when all other ameliorative efforts have failed. The imposition of such a monitor significantly dilutes the authority of the duly elected board and does violence to the principle of democracy upon which school board elections are based. At best, it is an extraordinary remedy justifiable only in the most extraordinary situation.
Here, the appropriate first step would be to revisit the funding formula as it applies to East Ramapo, to make sure that the state makes school funding allocations that accurately reflect the low socioeconomic standing of the district and its unique demographic profile. That alone will make it more likely that the school board will be able to discharge its legal obligations to all of the children in the district and still have sufficient money remaining to fund the East Ramapo public school extra-curricular and school improvement programs that have regrettably been curtailed, due to budgetary shortfalls, over recent years.

What prompts us to publicly express our opposition to this bill is the unhappy fact that the tensions in the school district have generated considerable ill will and blatant anti-Semitism, particularly directed at the Orthodox Jewish population. It is a dangerous canard to contend, as some of the bill’s proponents do, that Orthodox and Hasidic Jews who do not send their own children to East Ramapo’s public schools do not care about the public school population, and cannot be trusted to responsibly discharge their obligations as school board members. Taking the unprecedented step of imposing a monitor on the board feeds directly into this libel, and only intensifies the climate of tension and ill-will currently permeating the district.

And so, respectfully, we urge you to defeat this proposal, and to take the steps necessary to ensure that the East Ramapo School District is properly funded, so that all the community’s children can receive the education and services they deserve.