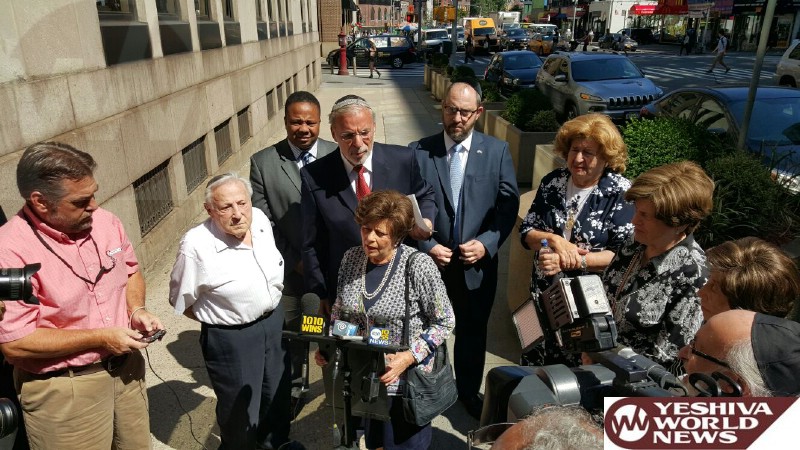 Speakers included Shirley Feinbuch, who survived Auschwitz, and Jack Ratz, who survived the Gottendorf death camp. The survivors spoke about their experiences of going through “hell,” connecting it to Iran’s repeated threats to annihilate the United States and Israel and the regime’s rampant Holocaust denial and anti-Semitism, and how they hoped the administration would not make the same mistakes. Their message was particularly relevant in light of remarks this week by an Iranian official who said that the Iran deal would not lead the regime to moderate its stance on Israel’s existence and that “Israel should be annihilated.”

Added Hikind, “The proposed deal with Iran is a serious predicament for the Jewish people. Holocaust survivors in particular know all too well the tyranny of dictators. Given their experiences in life, they are here to speak out about how concerned they are about this horrible deal. When someone publicly calls for destruction and death to Jews, you take them seriously. Leaders of Iran have repeatedly sworn to annihilate Israel and they even sponsor official state conferences denying the Holocaust.”

Hamilton stated, “Iran Nuclear Deal supporters focus on the early years. Well, what happens when Iran receives generous upfront sanctions relief? When tens of billions of dollars go to terrorist groups like Hamas and Hezbollah or to groups who have plotted attacks in Buenos Aires, Berlin, Jerusalem, and Washington DC? And further down the line, this deal allows restrictions to phase out over time. I stand with my community in demanding a better deal: prevent sponsorship of terror, stop Iran menacing us and our allies, and don’t rely on trusting words from Iran to assure our security.”

Hikind and Hamilton will join NYC Councilman David G. Greenfield later in the evening at a rally urging their colleagues in Congress to oppose the deal with Iran. The rally will take place at 6 PM at the Jewish Children’s Museum at 792 Eastern Parkway, Brooklyn. New York Representatives Yvette Clarke, Hakeem Jeffries, Nydia Velazquez, and Carolyn Maloney have yet to make a decision regarding the Iran deal. Recent polling indicates that a growing majority of Americans oppose the Iran deal. According to a CNN/ORC poll released on August 20, “56% of Americans now say they think Congress should reject the deal with Iran — up from 52% less than a month ago.” 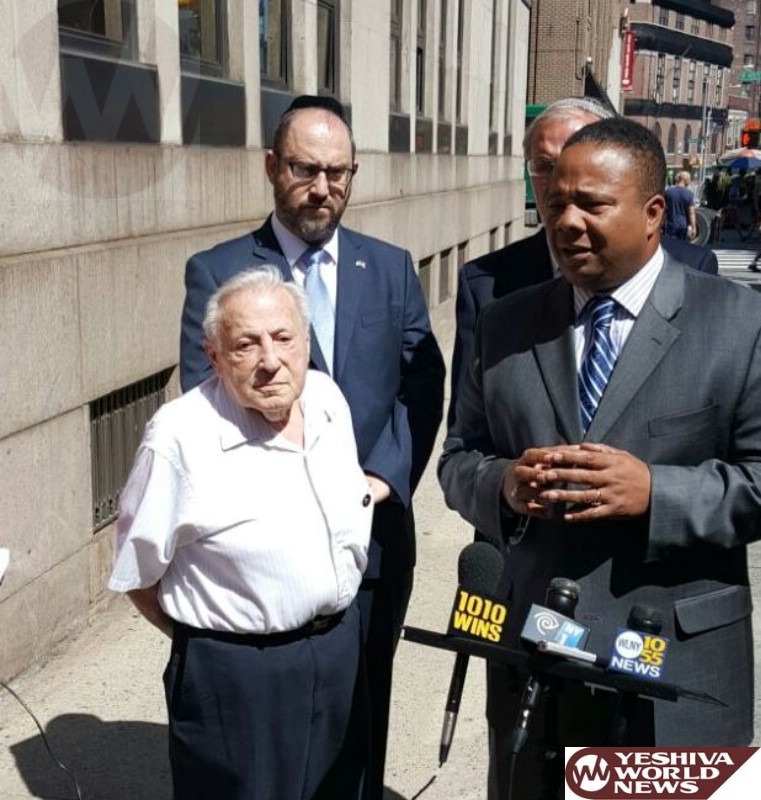 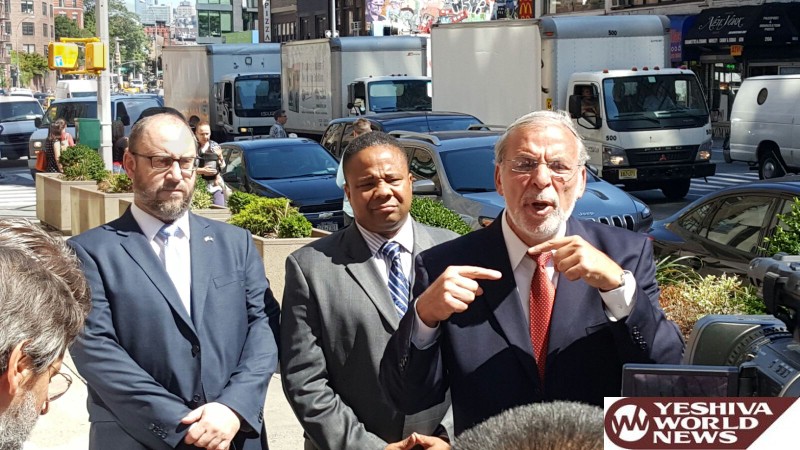 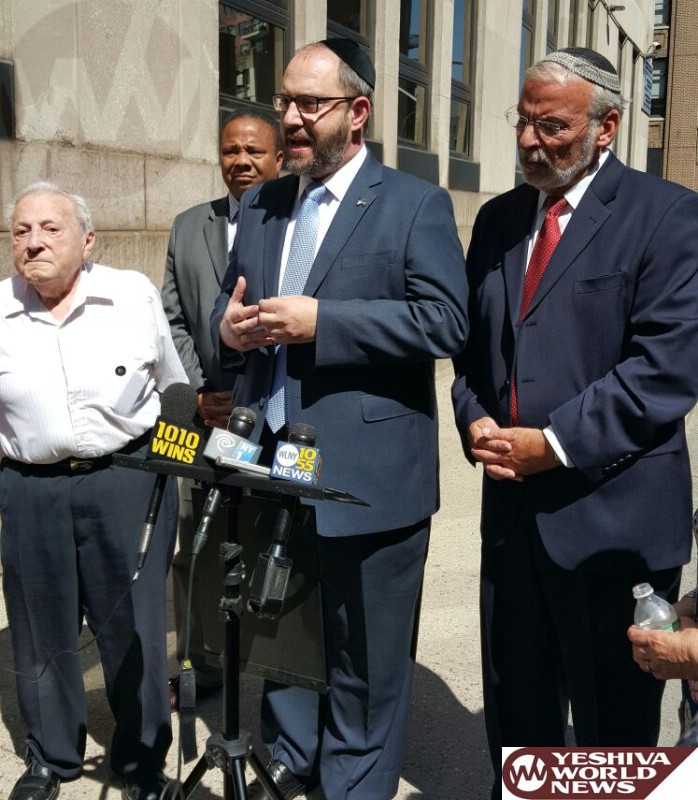 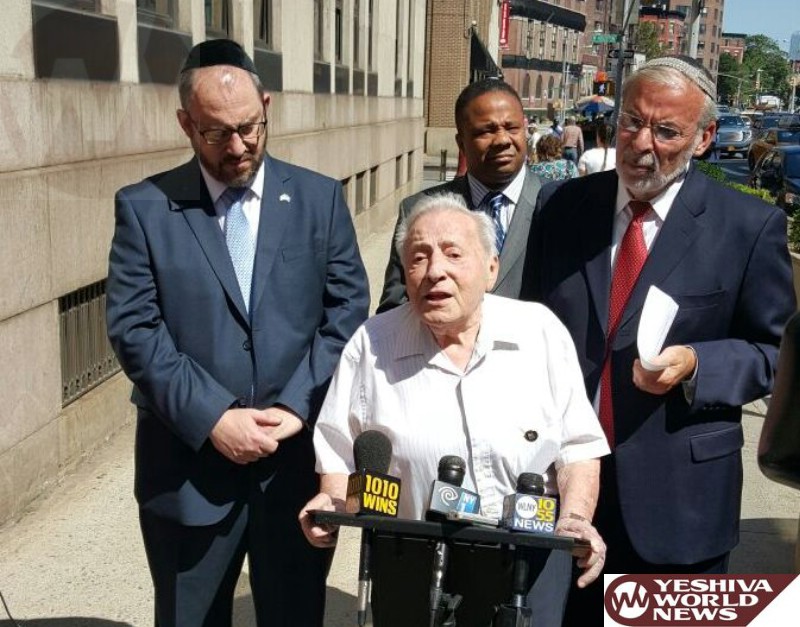 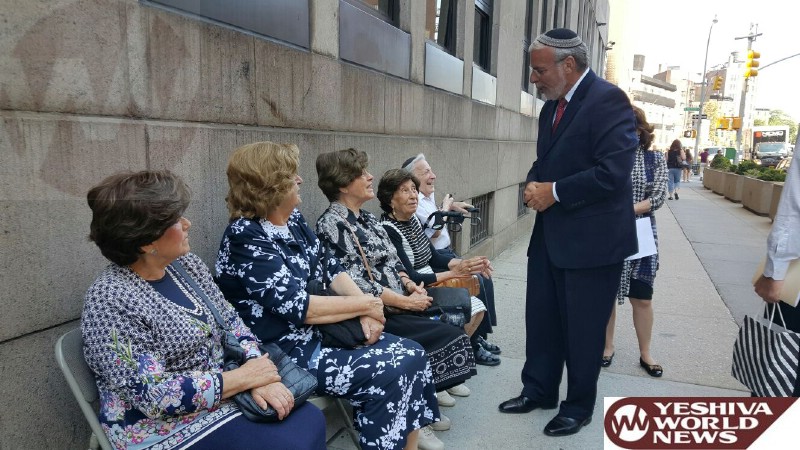