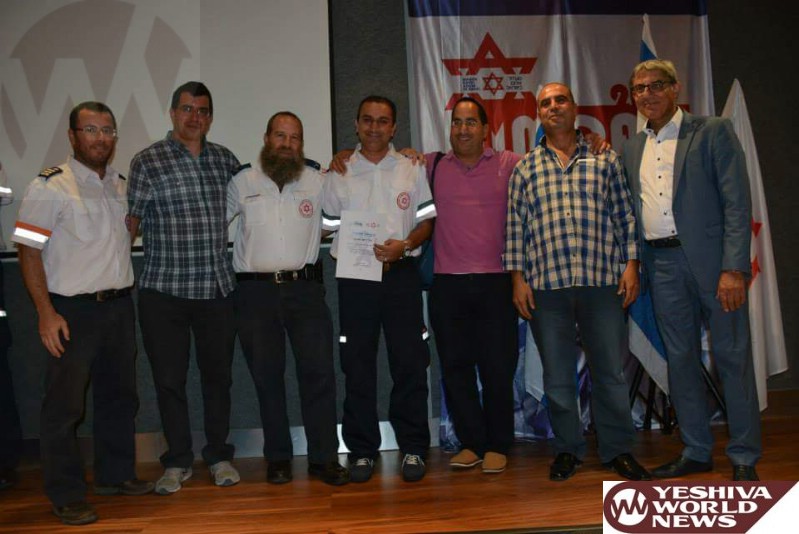 19The students of the Jerusalem Bilingual School on August 30th graduated a first aid course given by Magen David Adom. The students are bilingual, speaking Hebrew and Arabic and will join MDA and provide a response for emergency medical care including in eastern areas of the capital where many residents are Arab speakers.

City and local officials took part in the graduation as did local religious leaders from the eastern Jerusalem Islamic community. Following completion of the course, 15 youth graduates certified in first aid will join MDA ambulances responding to calls in the city. It was the first course given in the school.

The initiative for the course came from EMT Ziad Jadla, a resident of Tzur Bahar of volunteers in the Jerusalem district and serves as the liaison between MDA and the leaders of Arab villages in the eastern capital. Jadla has been working to explain MDA to his community for the past two years. He has sponsored a number of information days for various schools and communities to explain to the Arab-speaking public what role MDA plays in the pre-hospital emergency response system.

The principal of the Bilingual School, Erik Sporta approached Jadla asking if a first aid course would be a possibility. Jadla undertook arranging such the course, which 15 students attended including 10 girls and 2 boys from the school and 2 residents of Tzur Bahar. Many others are now waiting for the next course which involved over 60 hours of classroom and practical training.